Not everyone is a crack shot from a standing position with their rifle, depending on the terrain a rest isn’t always available. That’s where a tripod really comes in handy, it’ll allow you to line up the perfect shot and make for a clean harvest of your prey. The question that remains, however, is just what is the best hunting tripod around?

**Below, you'll find our more detailed reviews, but you can also click the links above to see current prices or read customer reviews on Amazon.

Picking out a Hunting Tripod

There’s a lot that can go into making your sure your gear is perfect for you, even for something as minor as a tripod. You’ll want to take all of the following into account before you decide on which one will best suit your needs.

If you’re just hoping to get a stable look at a distance, one which supports optics is a good investment. They’re particularly useful for stand hunters who won’t need to be hiking it around with them while they’re stalking.

For those who do like to roam the fields and forests, a tripod made to support a rifle is a great investment which can allow you to be sure of your shots  (if you want to learn about best shot timers just c﻿﻿lick h﻿﻿er﻿e) at longer distances. While some hunters will scoff, an accurate shot can ensure a smooth and clean kill.

Some tripods have removable yokes which can be switched out, allowing for dual functionality. Don’t expect to be able to switch from your scope to shooting in only a couple of seconds though, if you’re planning on taking a shot soon after you spot a deer with your spotter, try to do it in an area where you can stabilize the rifle on a log, boulder, or other natural rest.

The weight of the stabilizer is a huge consideration. If you’re the type that hikes over miles of terrain while you’re looking for your deer, then it’s probably best to make sure that you get something which is lightweight in order to save you effort while you’re on the hunt.

If you’re a stand hunter, on the other hand, it’s not quite as big of a consideration since you won’t be moving with it too much.

There are also a number of different sizes available while extended, from smaller ones which will work best from shooting while prone to full sized tripods which will allow you to fire with almost complete stability while you’re standing.

While the legs of a tripod might seem simple, there’s actually a lot of variation that can make them suited for different uses.

Standard telescoping legs are generally quite sturdy, but wi​thout a quick release they can take a few extra seconds to set up in the field. This is fine for tripods meant for optics, particularly from a stand, but sometimes you’ll need to stabilize your firearm quickly and in this case quick-release legs are your best bet.

Quick release legs will tend to be a bit less sturdy, but the added speed while you’re in the field might mean the difference between filling your tag and going home empty handed.

There’s a couple of different types of yokes available, and while you can replace them on most tripods it’s important to make sure you have what you want as soon as the box is opened.

For rifles, the standard is a V-yoke which will allow you to use your rifle quickly and easily once the legs of the tripod are deployed. Some tripods will have a double V spaced out by a few inches for extra stability.

Optical mounts will differ depending on the type of optics supported, and some cameras and spotting scopes will use different types but a good universal should cover almost any gear you can think of.

Putting it All Together

Before you pick out your tripod, you’ll want to ask yourself the following questions:

With the information above and those valuable questions you should be able to determine what you need in order to get the best tripod for your needs.

The Primos Gen 2 Trigger Stick is a great tripod, especially for hunters who are looking at shooting while kneeling.

The Trigger Stick makes a great companion for the mobile hunter who prefers to shoot while kneeling, but it’s not quite big enough for those who prefer to fire from a standing position.

This tripod from Bushnell is great for your optics, allowing you a stable and smoothly moving platform to survey the terrain in front of you. 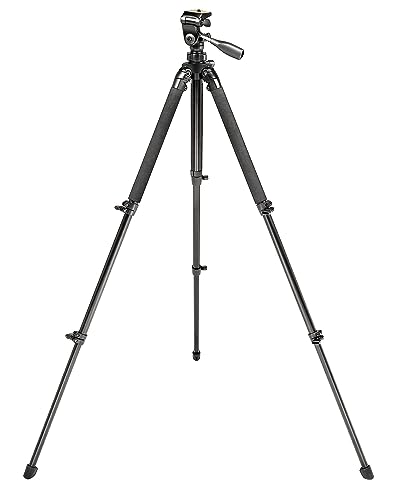 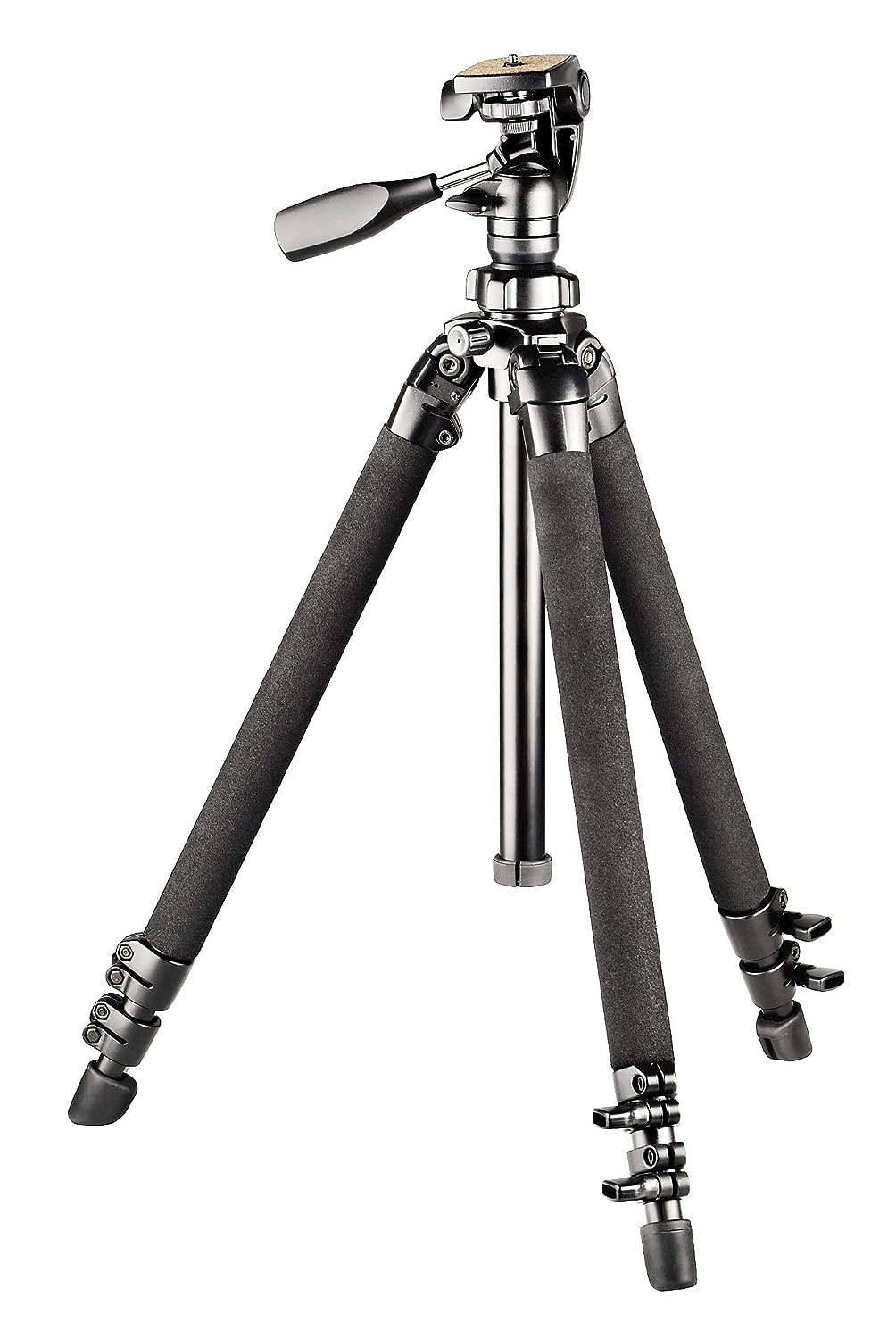 If you need to use your optics from a stand or a relatively stationary hunting position, this tripod from Bushnell is exactly what you need. 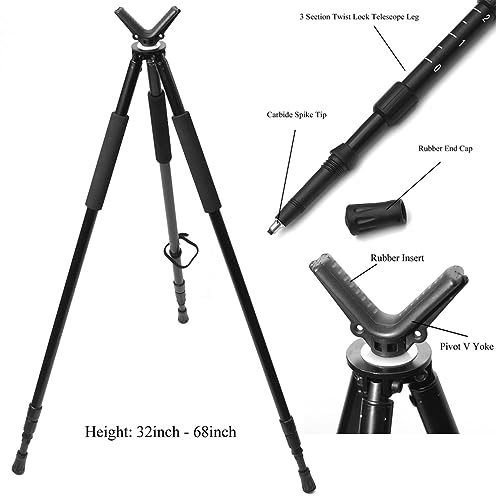 This tripod is great for shooting from a standing position, and will help you to level out for the perfect shot at any distance your rifle can reach. 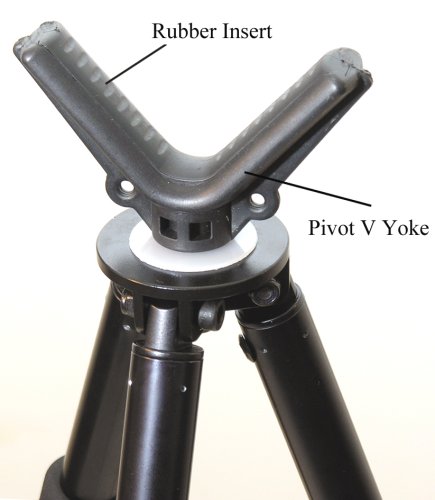 This tripod is perfect for shooting from nearly any position except for prone, and it’s quite reasonably priced. Unfortunately there seem to be some issues with quality control, but if you end up with a good one it’s worth the gamble.

This is the big brother of the Trigger Stick reviewed above, expect the same great quality in a larger package. 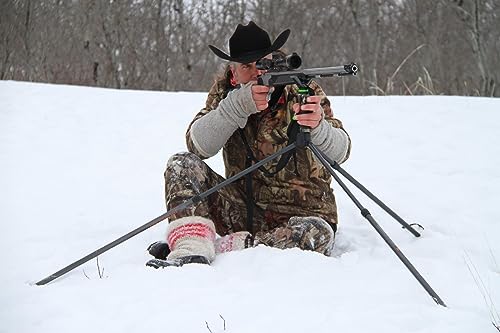 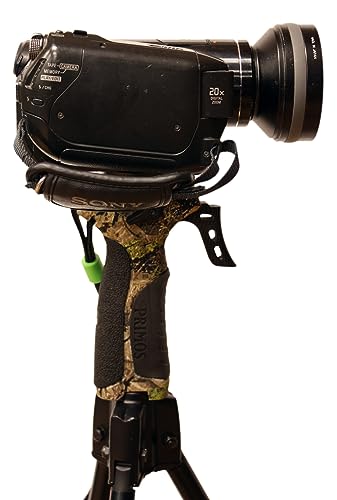 If you’re a fan of stand hunting or still hunting, and not afraid to spend a little bit of money this is one of the highest-quality tripods you’ll be able to find. It comes highly recommended for any hunter who’s not constantly on the move. 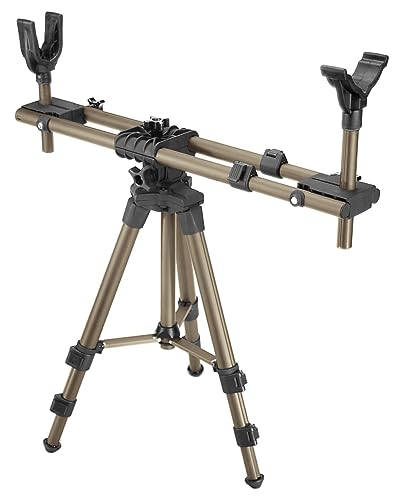 Coming in with a unique yoke design and high-quality construction, the Caldwell Dead Shot is an astounding product. 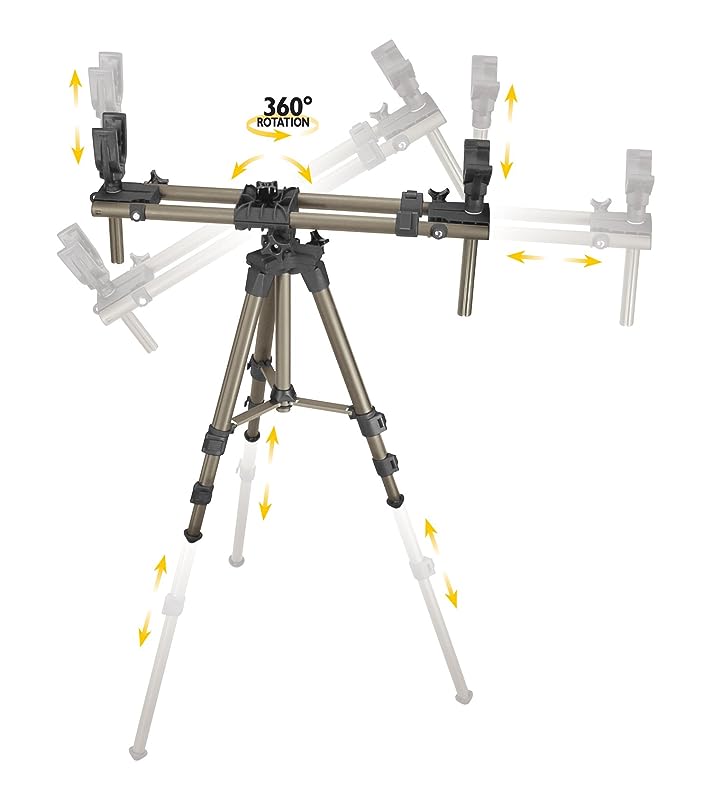 ​Best Shooting Sticks That You Can Get In The Market Now (#2 Should Really Please You!)

If you’re looking for the best of these tripods, the Caldwell Dead Shot ﻿Field Pod is clearly the standout choice. Its unique design will allow for the greatest amount of stability, and it’s perfect for any lower shooting position. The ability to further customize its stance makes it an incredible choice.

More mobile hunters may want to look at the smaller variant of the Gen﻿﻿ ﻿﻿﻿﻿﻿﻿﻿﻿2 Trig﻿ger Stick, however, which will serve them better and be easier to pack.

A tripod is an often overlooked piece of equipment, but when you’re in the field you definitely want the best hunting tripod available at your side in order to ensure accuracy of long shots.

My blog also has much information about ﻿﻿best hunting boots﻿﻿ here

This site uses Akismet to reduce spam. Learn how your comment data is processed.

Deerhuntingfield.com makes no representations, warranties, or assurances as to the accuracy, currency or completeness of the content contain on this website or any sites linked to this site. For more information, please read our privacy policy.