Most people have seen a bullet or shotgun shell, but have you ever wondered "What Are The Basic Parts Of Ammunition?" It may be surprising, but even some very experienced hunters and gun enthusiasts overlook the material construction of the ammunition they load into their weapons. Whether you handle ammunition often, or have a passing curiosity, knowing how ammunition is made can be valuable information.

Knowing how ammunition is constructed can help you to better assess a potential purchase. Inferior chemicals, materials and processes can contribute to a loss of performance and safety when firing weapons. Understanding the value of quality components can help you understand the price differences in the ammunition market and guide your choice appropriately. While there are often exceptions to any particular rule, in essence there are five basic components of ammunition manufacturing.

Quick Navigation
What Are The Basic Parts Of Ammunition?
Propellant
Primer
Wad
Projectile
The Case
Conclusion:

The propellant is the combustible component that, when ignited, creates a sudden, but contained detonation. The expansion of the gases created by the detonating propellant push the projectile forward and out of the barrel. They chemical make-up and amount of propellant has a direct result on the speed and velocity of the projectile.

A compound, known as smokeless powder, is the most common propellant used in today’s ammunition. There is no single propellant formulation known as “gunpowder,”rather every ammunition manufacturer, including people who reload﻿﻿ ﻿﻿thei﻿﻿r own bullets, choose a particular combination of chemical compounds they believe to produce the best results.

The difference between black powder and smokeless powder: 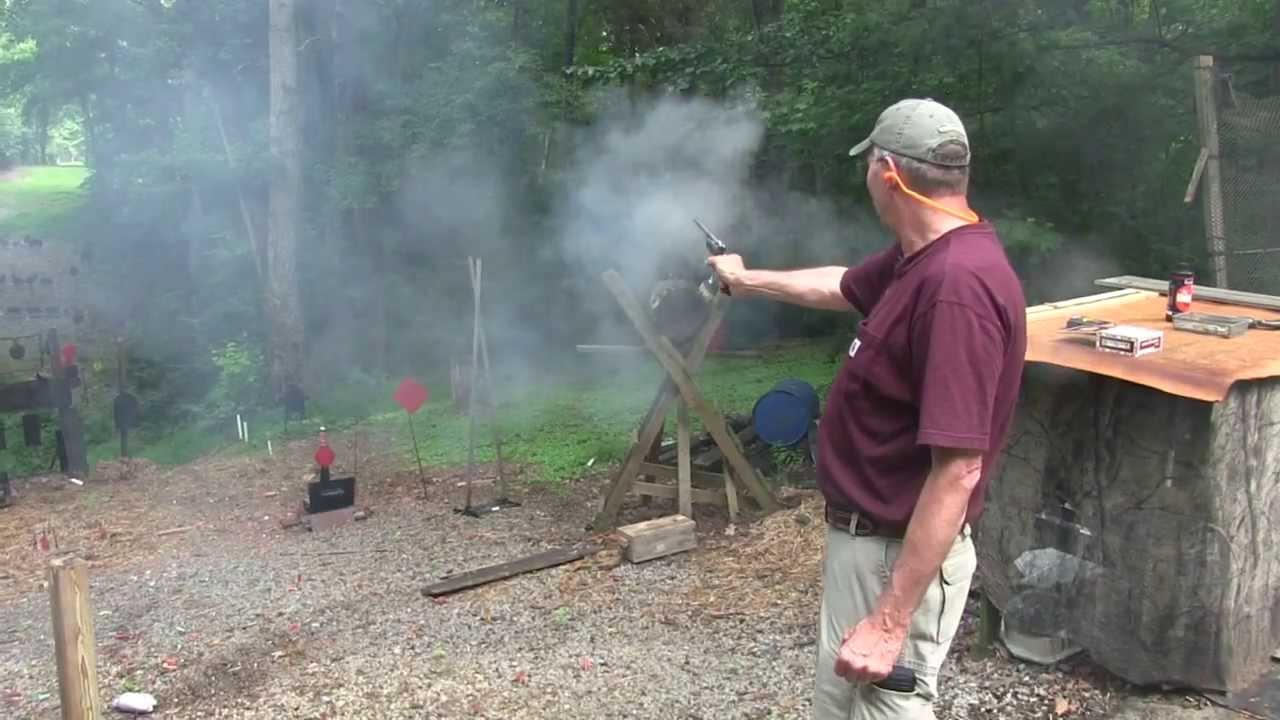 Ammunition propellant is typically a very stable substance that can be stored almost indefinitely if left undisturbed. Some method to cause the initial ignition of the propellant is required. This is the role of the primer.

Primers are explosive chemicals that ignite when compressed. In order to perform their role in a most efficient manner, the primer is located at the bottom end (the side opposite of the projectile). The primer is activated either by a pin striking the outer rim of the case (as a rimfire), or in a specially designed compartment in the center of the case (as a centerfire).

Related: What Is The Main Difference Between Centerfire And Rimfire Ammunition

In order for a firearm to take full advantage of the rapidly expanding gas inside the chamber and barrel, it is essential to ensure that the full volume of escaping gas is fully expelledin only one direction. To prevent stray gasses from finding an alternate path, a paper or plastic seal is placed between the propellant and the projectile.

This “wad” is projected forward with the expanding gas and seals the barrel so that there is little to no gas escaping the barrel before the projectile exits.“Blanks,”is a name given to ammunition without a projectile.

This type of ammunition still uses a wad at the end of the case to hold the propellant in place until it is fired. When a “blank” discharges, the wad presents a real danger for several feet outside the barrel of a firearm, thus never assume that blanks are “safe.”

An ammunition projectile is the component that leaves the barrel as a result of the expelled gas. Often referred to as a “bullet,” ammunition projectiles can take on several different forms. Projectiles can also take to form of several small balls, or shot, which leave the barrel and spread into a wide pattern. This shot is typically made from steel, tungsten, bismuth or lead.

Lead is also the common material used in making bullets. These lead projectiles can be formed into one of many different shapes depending upon the purpose they are designed for. Aside from lead, bullets are also made from special plastics or rubber bullets for use as non-lethal (or less-than-lethal) projectiles.

For more on bullet designs see this video: 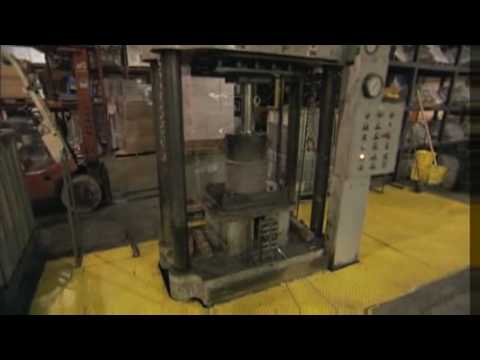 For more on shotgun projectiles see this video: 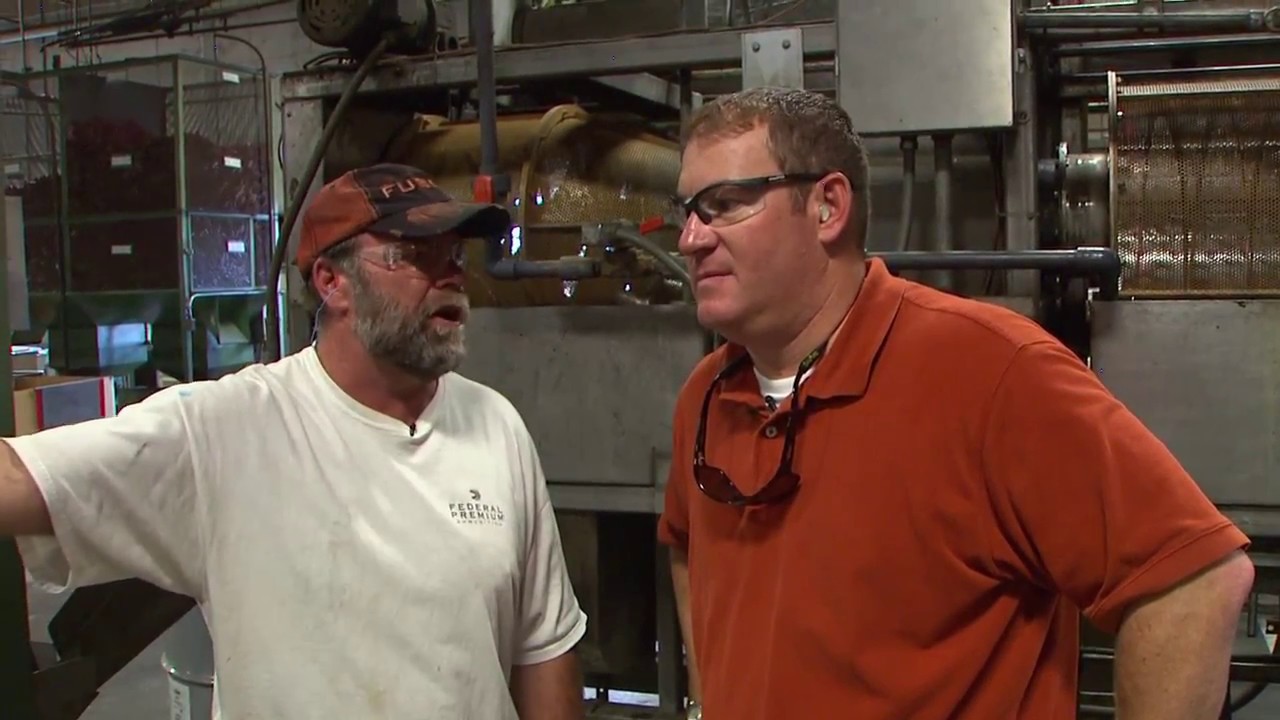 The ammunition case is the central part of ammunition that holds all of the individual parts together. They may appear to be simple in their appearance, but the ammunition case may likely be the most underrated component of the entire assembly.

There is much said about different bullet designs and characteristics as well as the amount of propellant used to send the projectile down range. What goes often overlooked is the amount of time invested in designing the perfect case for a given type of ammunition.

Firearms are designed to exacting precision when it comes to the size of the ammunition they use, thus the size of the case is limited to the particular projectile and firearm it is intended for. The case must be properly designedto withstand the force of the expanding propellant and ejection mechanisms of different firearms.

A poorly designed case may cause weapon malfunction or injury to users. Weight and corrosion are additional factors that play an important role in the design of ammunition cases. As a result, the material most typically used in manufacturing ammunition cases iscopper, brass, or steel. Due to their own unique characteristics, shotgun shells are made from plastics or specialized paper material.

Knowing how your ammunition is made can help you better understand the proper safety procedures to use when storing, transporting, and using it. Brass and copper constructed ammunition stores much better than steel since steel will corrode and rust when exposed to moisture or humidity.

Steel is still used though because of its exceptional strength under pressure. This means that a higher power cartridge may benefit from steel construction, but such an item would not be recommended for long-term storage. 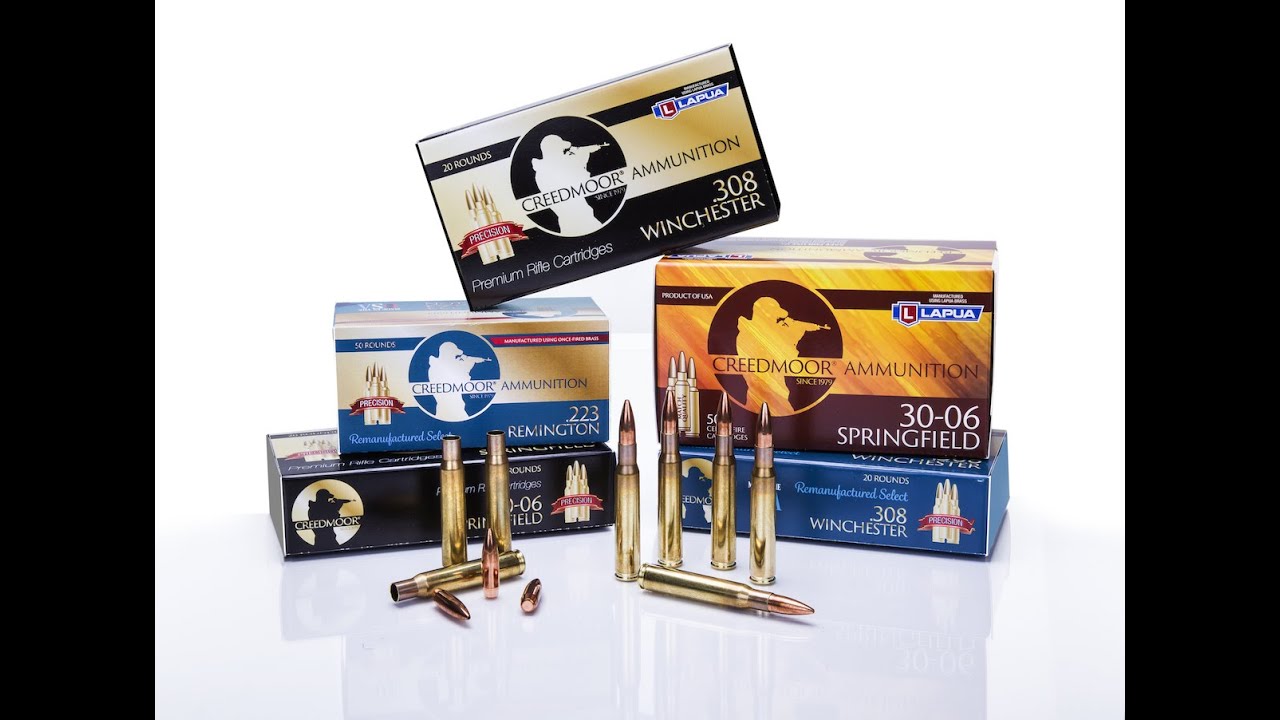 Rather than purchasing store-bought ammunition, many people chose to load their own cartridges. If this is something you may be interested in, it would be wise to do your research into the different shapes, sizes, and materials available for this purpose. Stick with tried and tested methods that provide consistent, safe results.

The more experience you gain in loading your own ammunition, the more you will understand the various areas where you can experiment and other areas that must adhere to strict safety protocols.

➜ A Comprehensive Guide on How to Make Exploding Targets

There are many great reasons for the popularity of handling and firing ammunition. Just make sure that you understand the variables, potential dangers, and benefits of proper ammunition construction.

Knowing how ammunition is constructed will prepare you to handle and store ammunition in a safe manner. You may be in a position now that you may have even more questions and that is okay too. There are some wonderful resources online that can provide you with the answers you seek.