It can be a bit confusing to determine the best deer bait to use while you’re out hunting. If you’re in ﻿an area﻿﻿﻿ where it’s legal to bait deer, however, it can be one of the best ways to ensure that you come home with a used tag and som﻿﻿e fresh ﻿﻿﻿ven﻿﻿i﻿﻿son.

Related: How Much Meat From a Deer-Quick and Easy Way to Estimate Venison Yields

There’s a wide range of different things that hunters use, and if you’re new to hunting it can all be a bit confusing. I’m here to show you how to reduce that confusion and get you started on ensuring you make a clean harvest with minimal fuss.

7 of the Best Deer Baits

Apples are a great way to get your whitetails near your stand, and they’re particularly favored by bow ﻿﻿﻿hunters in most regions since rifle season usually starts after most of the apples are gone.

Related: How to Get Deer to Come to You in 6 Easy Steps

In many places, particularly the Northeast US they’re a treat that offers your prey something out of the ordinary. The novelty of the apple as well as them being a sweet fruit makes them rather alluring for the animal.

If you have access to private property to hunt on, some hunters with an eye on the long term even make small apple orchards as “food plots” designed to attract the deer to the area each year.

Related: How To Attract Deer Fast- 6 Steps That Will Have You Attracting Whitetail Like A Pro

This can help to keep the deer around and get them used to an annual schedule which will allow you to easily find them when that time of year rolls around.

Pretty much any kind of apples will work, even crab apples. You can either set down a pail some distance from your stand or plant some of the trees on your own land which might require some knowledge about growing the trees. Either way, apples are a great way to get the deer coming to you. 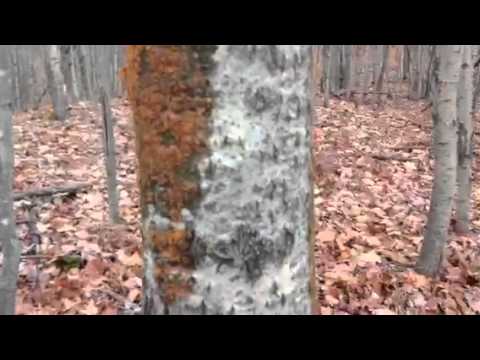 Corn has long been a favored bait for deer, and it’s primarily used in dedicated feeders as scattering it on the ground can be both expensive and ineffective. You want to habituate the animals to coming to your feeder in the off-season if it’s on your property and then you can move in and make your harvest.

Feeders can be expensive, and many hunters have taken to using a home-made solution in order to avoid the extra expense. Commercial feeders can do a lot of tricky things, but all you really need in most situations is a gravity-fed system which will keep them coming back.

Remember that when people talk about using a bait pile, they’re not actually talking about a pile but instead about spreading the food over a fairly wide area. You’ll have a lot more success with this method, especially with corn.

Now, one thing about corn is that it can be considered bad for the deer. If you’re using it in the late season after they’ve primarily been eating woody roughage the microorganisms in their stomach can’t keep up and it can cause a number of fatal conditions.

Aflatoxins are also a concern, while not generally fatal to deer they can kill game birds and other animals so be sure to pick up your pile when you leave the area.

Chestnuts were a common plant in the American East until they were killed off by a disease known as Chestnut blight. Some hunters claim that deer in these regions are still genetically programmed to eat chestnuts over everything else, and a lot of hunters have reported a great amount of success with using them.

Chestnuts can be a bit expensive, but they last for a long time and if you use them with a feeder you may only need to refill it once or twice through the whole season.

You might even want to consider growing them yourself, hybrid species which are resistant to blight are available and they make good eating for humans too if you end up with an excess of them.

There are some rumblings that deer may not be used to them anymore from some people, and deer in the West were never used to them anyways so they’re primarily a regional bait for the East. Give them a shot, though, some hunters swear by them.

Related: What Do Deer Eat In The Winter? – The Best Facts

Acorns are frequently used by hunters to make bait piles. These hardy little nuts are available almost everywhere, and deer will readily accept them as food. The best acorns to use are definitely ones that aren’t on the land you’re using to hunt since it will add variety to the deer’s diet.

You can collect them quite easily and if you pay attention to the trees in your area you’ll be able to figure out which ones are new. Typically deer will prefer those lower in tannic acid, but if the area you’re hunting in is already flush with white oaks you may be able to get some takers with something a little bit more bitter.

When there’s a great season for acorns, you may want to take note of where the best feeding locations are for deer because they’ll likely ignore your bait pile in favor of the wild acorns dropping. It’s not quite baiting, but if you know where your prey is eating you’ll be able to locate them more easily.

Acorns are the preferred bait of a lot of hunters and a much safer alternative to corn as well. They can be stored for long periods, and those who choose to use them often find quite a bit of success with the humble oak seed. 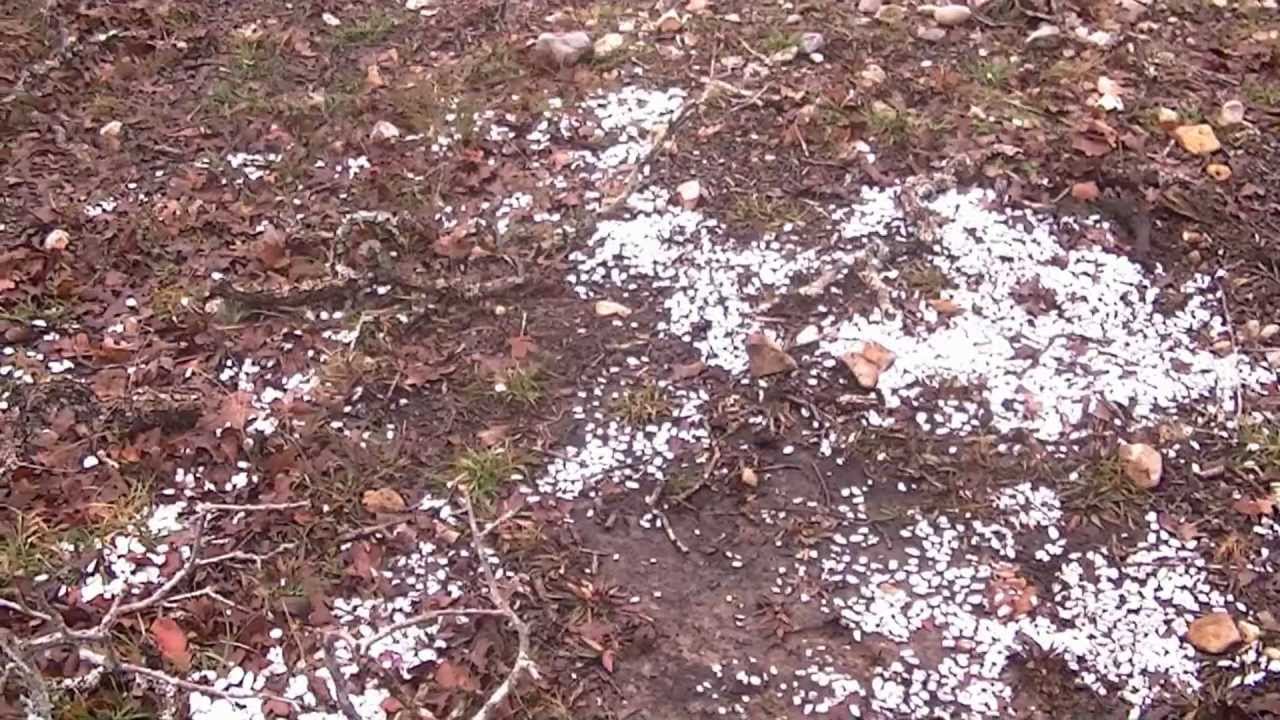 While not exactly food, salt is hard to come by for deer in the wild. Some folks choose to scatter it on the ground, while others will use commercially available “licks” designed for livestock and horses in order to get the deer to come around.

There’re a couple of bonuses to using salt over more traditional baits as well. The first is that the mineral content will help to keep the deer in your hunting area healthy, which is good for you. Healthy deer and bigger and taste better.

The last fringe benefit of using salt or other minerals is that it can help to attract a higher deer population to your own private property during the warmer months and with a few strategically placed licks you’ll be able to know where the deer like to hang out on your property.

It’s not traditional bait, but it can make a huge difference in your hunting experience.

A lot of hunters swear by sweeter fruits and vegetables, and sugar beets come highly recommended as a great bait to get the whitetails where you can hit them from the stand. A lot of animals will actively seek out fruit with a high sugar content, and deer are no exception.

You can use these pretty much the same way as you’d use apples. Either spread them out or set up a bucket where they can get at them and let the waiting game begin. You’re sure to be able to nab a big buck over your pile with a little bit of patience.

They also make a great crop to use for food plots in places where a pile isn’t legal. They’re especially useful when they’re not native to the area since the deer will be intrigued by the novelty of the delicious vegetable. If the deer don’t eat them… well, they go great in a lot of recipes.

Give them a shot, they’re sure to attract your prey.

If all else fails, there’s plenty of recipes readily available online that can help you find the perfect mix of ingredients in order to attract your deer. These recipes can vary widely from region to region, and hunter to hunter and require a lot more preparation than most of the baits we’ve detailed so far.

That said, humanity’s engineering minds can often make up for deficiencies in nature with creative tactics. If you’re the DIY type and want to make sure that you’re super-efficient in your baiting tactics then mixing up your own attractants is definitely the way to go.

Give it a shot, you’re bound to be able to come up with something that works amazingly well and increases your potential for harvesting a prize-winning buck this season.

That all I want to share in this article, and maybe you should check out what WhiteTail deer like to eat to help you on your next hunt.

As you can see, the best deer baits are a diverse lot and you’ll probably want to engage in some experimentation to determine what works best for the deer in the area you’re hunting in.

Make sure you check regulations in your state and know that baiting is illegal on any federally managed land in the US because the fines can be hefty.

Far from cheating, however, the use of baits is simply another strategic element in the harvest of venison, and you’ll find it can change your trips significantly.

Like our article? Have your own tips and tricks for the perfect bait? Let us know in the comments!

5 of the Absolute Best Coyote Baits

The Top 5 Choices For The Best Deer Hunting Knife

Kevin is the founder of Deer Hunting Field and is currently its Editor-in-Chief. He has been hunting all throughout Colorado for decades and has made an appearance virtually every year in units across Eastern Colorado. He has won the draw several times for the coveted license to hunt big games like moose, elk, and deer. While he’s primarily a plain hunter, Kevin occasionally heads West towards the Rockies to take on the more challenging terrains there, too. And according to him, the scenery is well worth the extra sweat.

How To Attract Deer To Your Property Fast
What Is the Best Hunting Slingshot? Top Rated Slingshots Reviews
Today’s Big Q: What is the Best Reloading Scale Review?
Kentucky Deer Hunting – How Do I Legally Hunt Deer In Kentucky?
How to Measure Draw Length – Acquiring the Best Archery Skills
Best Shooting Sticks That You Can Get In The Market Now (#2 Should Really Please You!)
How Long to Hang a Deer – Perfecting Aging: How to End Up With Perfect Venison
What Do Deer Eat In The Winter?
Elk Hunting 101: 5 of the Best Elk Hunting Boots
How to Cape a Deer – How To Cape A Deer For Mounting