It is the desire of every hunte﻿r to kill any animal he or she desires with a single shot. Most people, including you and I, are likely to mention the head, heart, and probably the neck if asked about some of the best places to shoot a deer. To kill a fast moving and swift animal like a deer with a single ﻿﻿shot is not easy. It is important to know at least the top 5 best places to shoot a deer that will guarantee a catch.

Top 5 Best Places To Shoot A Deer
Getting The Right Shot
Purchase your shooting accessories and shooting supplies at Brownells.com
1. The High Shoulder
2. The Brain
3. The Neck
4. The Heart-Lung
5. The Scapula
Make Your Choice

Getting The Right Shot

Sharpshooting a deer and other animals to earn a living does not provide for misses, wastage of bullets, or an injured deer running away. To a serious sharpshooter, one shot ‎ at the right place is the priority, and this calls for knowledge about some of the top 5 places to shoot a deer. In this article, I seek to explore the top 5 places to shoot a deer that will guarantee an instant drop where it stands.

Purchase your shooting accessories and shooting supplies at Brownells.com

The high shoulder one of the top 5 places to shoot a deer and deliver a fast and penetrating bullet to drop the target dead on its track. The upper shoulder is about one-third to one-quarter way up from the brisket where the spine and anchors the nervous system.

Why The High Shoulder?

The reason why this spot is one of the top 5 places to shoot a deer is that once the bullet enters the deer; it will snap and break the spine, thus paralyzing the deer. Also, this spot offers a solid area to short-circuit a deer’s nervous system, thus, halting movement.

The ribcage encloses the rib shoulder spot, which protects the lungs and the circulatory system. A good shot from a favorable distance breaks the ribs, and this leads to loss of balance and ultimately anchoring the trophy authoritatively.

This spot is, however, suitable when using the upsetting and highly volatile bullets. However, most hunters have expressed their impartiality to the high shoulder because it damages a lot of shoulder ﻿﻿﻿meat. Sometimes, if taken from a raised spot, the shot may cause the damage to extend all the way to the neck and slightly to the back.

However, it is worth noting that this spot denies a deer an opportunity to run more than five yards, courtesy of its neural destructive capability. When ﻿﻿aiming at the high shoulder, it is important to focus carefully and precisely because the chances of missing as great. Of course, you do not want to miss your target and end up scaring away all the other trophies you would have quickly earned.

Most hunters prefer the head shot because of its instant results and killing ability. Delivering a shot at the head of a deer guarantees a direct hit to the brain, which is the center of all activities including movement. Headshots are known to paralyze all the body functions although they have received numerous criticism and even been termed unethical.

Characteristics Of The Brain

A deer’s brain is approximately three inches, which mean that the chances of hitting it are extremely low. The head of most animals including deer is one of the parts that move instantaneously without warning making aiming it difficult. Unlike the high shoulder, headshots have significantly little damage to meat.

However, this spot can end up causing serious injuries to a deer; for example; when a hunter misses the brain, and the bullet goes through the jaw. The deer will escape but later die a slow death because of starvation owing to the inability to feed.

Headshots are therefore suitable when the target is either asleep or in a resting position. Just like humans, a deer also use the brain to sense danger and escape any life threatening environments.

A brain shot will put off any attempts to escape and there your meat will be waiting for you. To take this shot when deer is in motion or active requires you to be a proficient sharpshooter lest you lose your hunt. 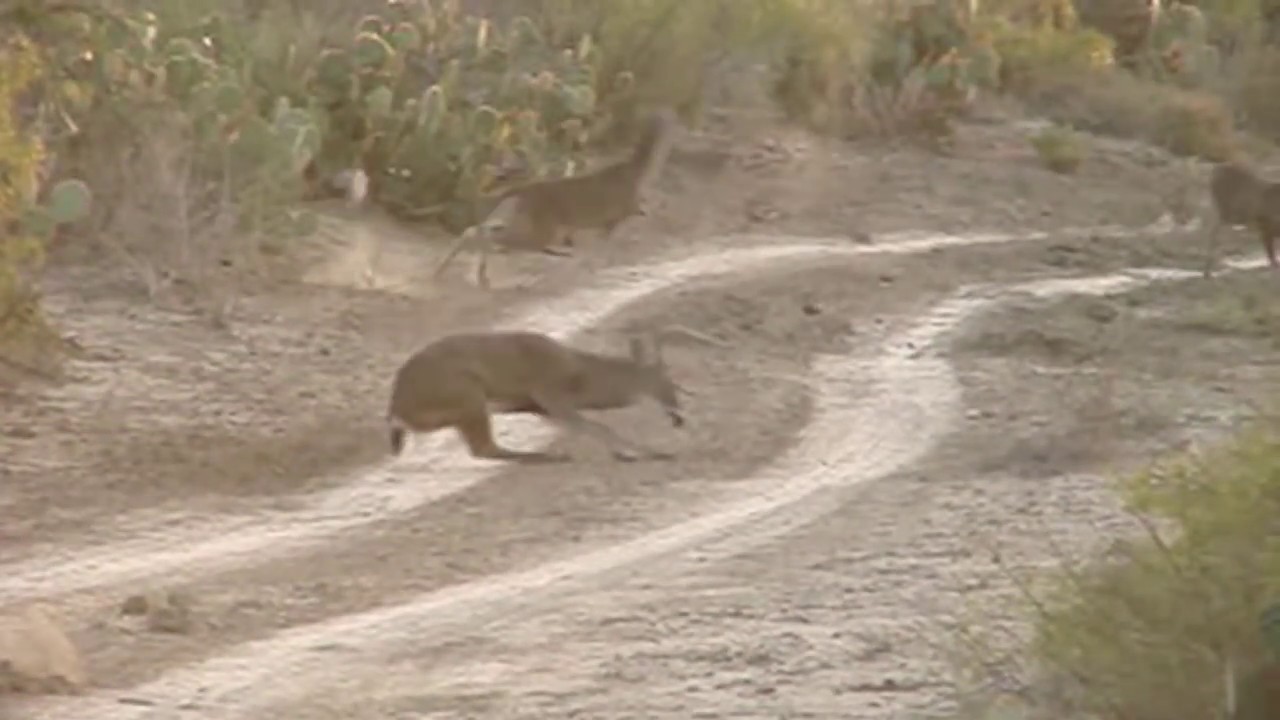 The neck is the region that connects the head containing the brain to the trunk, which houses the heart and lungs. The neck is one of the top 5 places to shoot a deer and deliver your powerful shot and guarantees yourself a shot-drop.

Impact Of A Bullet To The Neck

A well-aimed shot on the neck functions to cut the connection between spine, the heart, and the brain. The damage impeded blood supply to the brain and spine, leading to massive shock and ischemia especially of the brain tissues.

Alongside damaging the brain and spine, a good shot on the neck can break the vertebrae. The crumbling of the vertebrae leads to loss of balance and since the head lacks proper support; your target will drop dead. This spot also comes with little damage and loss of meat compared the high shoulder.

However, taking a neck shot is not as simple as it may appear; the critical area on the neck is significantly small. Hitting so low will only function to injure your target necessitating a second shot to pin the deer entirely down. Just like the head, a neck shot may prove difficult due to sudden movements and changes in position.

Good For An Amateur

Aiming at the heart and lung is the most forgiving shot because it does not demand 100% accuracy to kill a deer, making it among the top 5 places to shoot a deer. Contrary to the belief held by most hunters, the most suitable place to hit a deer and pick it where the bullet landed on is not on the heart itself but the area just above the heart. Therefore, this revelation means that even if you aim at hitting the heart, it is prudent to aim at the proximal parts of the heart.

These parts contain important blood vessels from the heart itself with the lungs are delimiting them. A bullet crisscrossing this area produces a significant change in blood pressure and hemorrhage that finally pull the deer down within very few seconds.

This spot is ideal for forest hunting because of its ability to induce severe bleeding. The blood trail that follows a heart shot makes it easy to map out and find a deer that tries to escape after the shot.

A powerful shot through the heart anchors your target in less than fifteen seconds, but this can vary because death ensues once the brain lacks oxygen. However, this spot requires a strong bullet that can penetrate the ribs and perforate through the lungs and heart.

Slicing through the lungs only can accord your target an opportunity to escape and can later recover, or if the injury is significantly big, a slow death may ensue. Before you kill a deer with a single shot through the heart, consider doing away with light bullets.

The scapula is the bone that forms the shoulder and anchors the ribs while at the same time creating a formidable support for a deer while in motion. The scapula is undoubtedly one of the best places to shoot a deer.

It is also one of the least intentionally shot spots because most hunters attribute it to errors and frequently requires a second shot to ground a target completely. 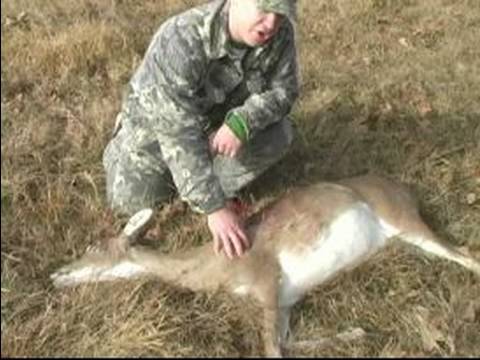 Take an accurate scapula shot at the area where the vertebrae do a drop in line with the contours of the ribcage as they enclose the lungs and the heart. Taken well, the shot breaks the back of the deer and this is the reason the scapula shot puts your target right down.

The region of the scapula is where most of the nerves diverge to innervate different organs and parts of the deer. Delivering a powerful shot through the shoulders disseminates massive amounts of energy right through the chest of a deer grounding them on the spot.

Where Do I Shoot?

To ensure that a deer becomes motionless after taking a scapula shot, the distance from your shooting point should not be too long. Something less than five hundred meters is good to go.

Unlike the high shoulder, the scapula shot does not damage or waste your meat. While taking this shot, you might end up puncturing the intestines laying in the abdomen whose contents can spill and spoil your meat. Nevertheless, avoid shooting into the abdomen at all costs.

By now, I believe you can quickly bring down your target with a single power shot. The bottom line is; hunting is a skill and not just something, someone can wake up and do it perfectly. The places to shoot a deer highlighted in this article are some of the skills that one should learn and practice to improve and make hunting an impressive experience.

Have you gained something that will help you enhance your hunting skills from this article? The reason why other people can easily anchor their target during outdoor activities better than others arises from little secrets that highlighted in this article and so many other sources. Feel free to share your thoughts and experiences in hunting as well as sharing this article if you found it useful.

Have a look at the best shots below: