Coyotes are some of the most dreaded and despised predators from the wild. They are highly intelligent and incredibly crafty, which makes them difficult to track down. They are vicious animals, and although they rarely attack humans, they wreak havoc among livestock, cattle and even small domestic pets.

Coyote hunting is legal in most states in the US and is a popular and even necessary activity. Coyotes are one of the only wild animals whose numbers increase in time along with human civilization. Coyote ﻿﻿hunting﻿﻿ dog﻿﻿s are useful to have with you while hunting down these wily creatures. Here is a list of the five best coyote hunting dogs with a proven track record:

This animal has been developed by cross-breeding Scottish deerhound, greyhound, and some other breeds. The American Staghound is well-known for its sharp eyesight and seemingly endless stamina.

These dogs are especially suitable for coyote hunting because they have been exclusively developed for the purpose of hunting predators, specifically coyote and wolves. So in this breed, you have kind of ‘made to order' hunting dog.

These dogs are runners – one look at their powerful body and long legs will tell you that. These features comprise of the greyhound part in them and are what make them so suitable for tracking down fast runners like coyotes.

The American Staghound is also a good house dog, but because of its predator hunting instinct, you should not trust it with non-canine pets. Otherwise, this dog is easy to maintain at home and is good with children. Extremely loyal and quick learners, you will be able to get the best out of this animal with the right kind of training. However, these dogs are not very suitable as guard dogs. 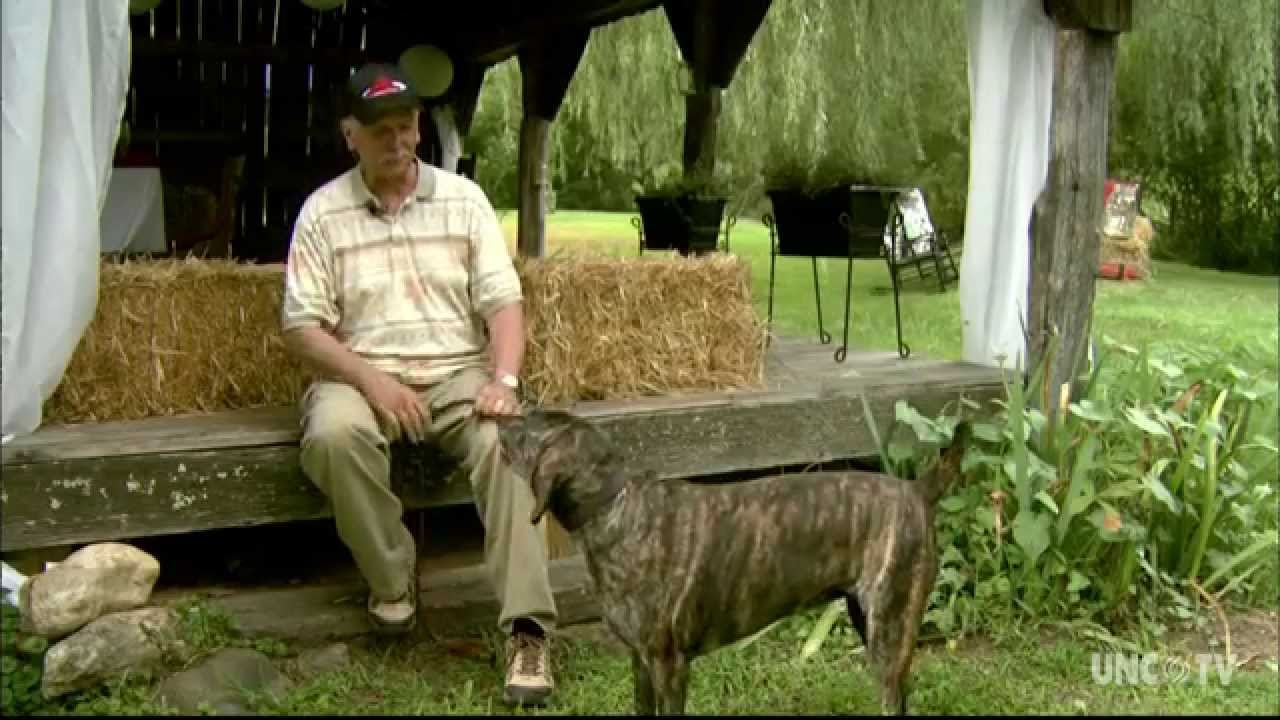 The PlottHound is lean and muscular with large floppy ears rather like those of a Labrador or Dalmatian. Courage and loyalty go hand in hand with this breed.

This kind is particularly well-known for its hunting skill in big animals like boar and coyotes. In fact, the dog is named after Johannes Plott along with his brother who introduced them to the US in 1750 for the purpose of boar hunting.

Today the Plott Hound is predominantly found in the state of North Carolina and is the official State Dog of that state.

Originally, the Greyhound comes from Egypt but has been popularized the world over as a racing and running dog. Lean, hardy and built for speed with eagle-eye eyesight; these dogs are ideal for coyote hunting. Greyhounds are the fastest dogs in the world with a maximum recorded speed of 43 mph, guaranteeing that they could easily outrun the fastest coyote.

Here’s a greyhound racing video that gives you an idea of the sheer power, speed, and stamina of these magnificent animals. The Greyhound is a temperamental breed but docile and extremely gentle as a house dog.

Due to its timid nature, this dog can best be used as a chaser to catch the prey in combination with another more aggressive breed to make the actual killing.

These dogs also need access to a fenced area where they can get a good run on a regular basis, fenced because they are independent and have the tendency to wander off and not come back.

Greyhounds are ideal for hunting coyotes as they have the innate hunting instinct to chase and seize fleeing creatures. 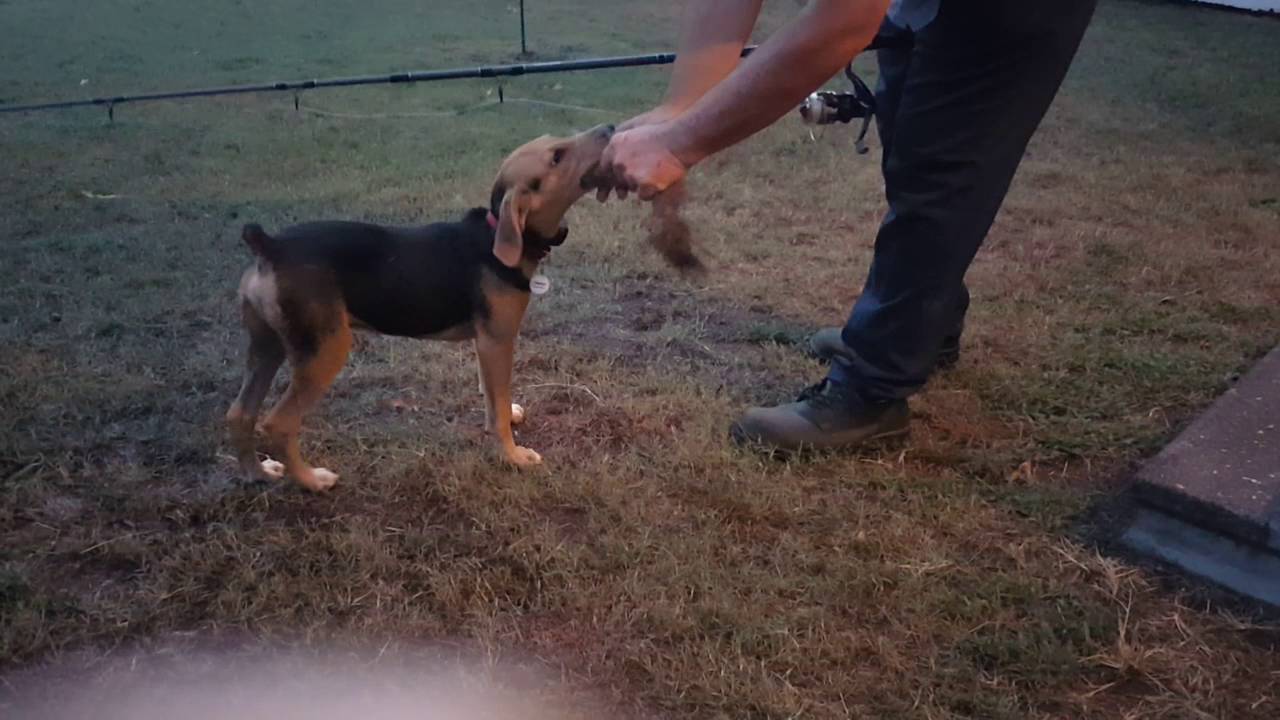 This breed was developed in 1987 in New York. The dominant gene of the Mountain View Cur is of the Mountain Cur, although they differ widely from the original mountain breed.

Due to their crossbreeding, they are hardy, without any inherent genetic problems that are common to most pedigrees. This fact also explains their rather long average lifespan of 14 years.

Mountain View Curs are also brilliant with a high level of self-control, making them ideal for training for hunting purposes and although they are well-suited to hunt coyote, they can also kill other animals like racc﻿﻿o﻿﻿ons, pheasant, wild boar, and bobcat.

Related: The Best Coon Hunting Lights Out There

Although this dog is in its element while out in the open on a hunt, it is equally comfortable at home with the occupants toward whom it is protective, making it a good house pet as well. Mountain View Curs are safe to have among children.

This breed is also an original all-American one. Although they are used extensively for raccoon hunting, the Black Mouth Cur is also deal for ‘treeing’ coyotes.

The dog gets its name from its characteristically black muzzle. It is muscular and sturdy and here again, crossbreeding has resulted in a healthy animal with minimal health issues.

These dogs have high stamina levels, so they need to be outdoors most of the time, rather than being cooped up in a house. The Black Mouth Cur is an intelligent breed, so is easy to train.

People who hunt with these dogs will swear by them and will not want to settle for any other. These dogs are popular due to their calm temperament, coupled with intelligence and extreme loyalty to the trainer or owner. The life expectancy of these dogs is 12 to 18 years.

The Best Coyote Hunting With These 5 Breeds

As we have seen in this list, there are many qualities that you need to look for in a coyote hunting dog. Your dog may engage in chasing, treeing or killing. Whichever way you look at it, these breeds are some of the hardiest and most persistent animals that you could ever come across.

Owning any of these five coyote hunting dogs will make your coyote hunt a much easier experience. Coyote hunting calls for exceptional hunting skills that each of these dogs possesses, as well as the killer instinct that could well save them from becoming the hunted themselves!

We hope that you have found this article useful. Please do let us know through your feedback, comments, and questions that we will be glad to respond to.