What Is The Main Difference Between Centerfire And Rimfire Ammunition

When it comes to ammunition there’s a lot of technical language that can go over the head of the novice. One of the main things that is confusing to beginners is figuring out what is the main difference between centerfire and rimfire ammunition.

If you’ve been wondering, we’re here to answer your question and give you some further information to help you figure out which type of ammo is best for your needs.

The Location of the Primer

The location of the primer is the thing which determines whether a cartridge is considered to be rimfire or centerfire.

The primer is a small piece of shock sensitive explosive which explodes when the firing pin hits it. While the explosion is quite small, it is enough to ignite the powder contained within the cartridge. The expansion of the gasses then propels the bullet from the shell casing.

Rimfire rounds will tend to be smaller. While it’s certainly possible to use them in a larger round, the construction of the case of the cartridge has to be small and light in order to allow the firing pin to ignite the whole process.

In modern times they are really only available in .﻿﻿2﻿﻿2 and .17 rounds, pretty much any other gun will utilize a centerfire primer.

Centerfire rounds are much more common, with nearly all rounds larger than a .22 being made with this type of primer.

The process is quite similar to a rimfire cartridge, but instead of striking the edge to create the initial spark for the gunpowder it strikes the center. The primers are contained in a small metal cup in the center of the round.

The reason for switching primarily to centerfire rounds is pretty easy to see if you’re a fan of reloading your own ammunition. Brass cartridges are expensive, and you can reload the round since the casing isn’t usually damaged in the process of firing one.

➜ What Are The Basic Parts Of Ammunition?

Rimfire vs. Centerfire Pros and Cons

Each type of primer has their own advantages, and while you’ll be limited to one type or the other depending on what type of rifle you’re using it can help to illustrate the difference if you delve into the advantages and disadvantages of each.

Rimfire cartridges are cheaper. There’s simply less brass in the case, and it’s still an ideal way to manufacture smaller caliber rounds since they can be produced quite cheaply in lots since they require less materials.

The .22LR is the most common round in the world and is a good choice for small game hunting and target shooting, since it has a mostly flat trajectory and won’t tear the meat and pelt up.

Most of the advantages given to rimfire ammunition come solely from the fact that it’s only made in lighter calibers.

The most powerful round using this kind of primer is probably the .22WMR, a magnum round that punches a pretty good punch for being so small.

They’re light in recoil and usually quite accurate, which is one of the reasons why most shooters will find themselves with a .22 of some variety on their first few outings.

That said, more experienced shooters rarely use them for most applications after they get used to getting a good sight picture and get down the basics.

The thinner case is the main thing that keeps more powerful rounds from being manufactured with a rimfire primer, the brass won’t hold up under the pressure required to lob a super powerful shot.

They also can’t be reloaded since the casing will be damaged irreparably after they’ve been fired. This can be a hassle, and means you’ll have to get down to the store in between outings if you manage to shoot everything you have in your bag.

This normally isn’t a problem, since .22LR are extremely cheap but those who are planning on using .17 of any sort should keep in mind that those rounds are usually quite high-tech and they can cost a significant amount more than .22 rounds.

There’s generally a dud or two in each box as well, they’re not quite as reliable as centerfire rounds. This can be alleviated to some extent by buying only high-quality ammunition, but it’s not a guarantee that they’ll all fire perfectly.

Related: What Are The Basic Parts Of Ammunition?

Essentially they’re best for plinking and small game, but they can’t be reloaded and any high-powered round is going to be centerfire.

Centerfire rounds make up pretty much any powerful round that you’re able to buy. Since the brass doesn’t have to be damaged by the firing pin the casings can be much thicker and that means more powder and larger projectiles.

They’re also quite a bit more reliable than rimfire cartridges. This is because the primers are standardized and inserted separately, while rimfire cartridges have a wet primer placed in them and are then spun to get it to the edges of the case.

They also tend to leave less residue in your gun after firing since the powder burns more evenly. You should still be careful to clean your guns after putting rounds through them, but they’ll be able to be fired more times before the excess, partially burned powder causes problems.

The biggest advantage is, of course, reloading. You can reload a centerfire cartridge pretty easily, but make sure you pick primers that will be used within the amount of time you have before their shelf life expires. This allows you to customize the ballistics of your shot quite a bit, however, and many experienced hunters and marksmen get into reloading pretty quickly.

The only real disadvantage of centerfire ammunition is that it costs more per shot. This can be mitigated quite a bit by reloading your own shots, but it’ll still be a pricey affair at the end of the day. 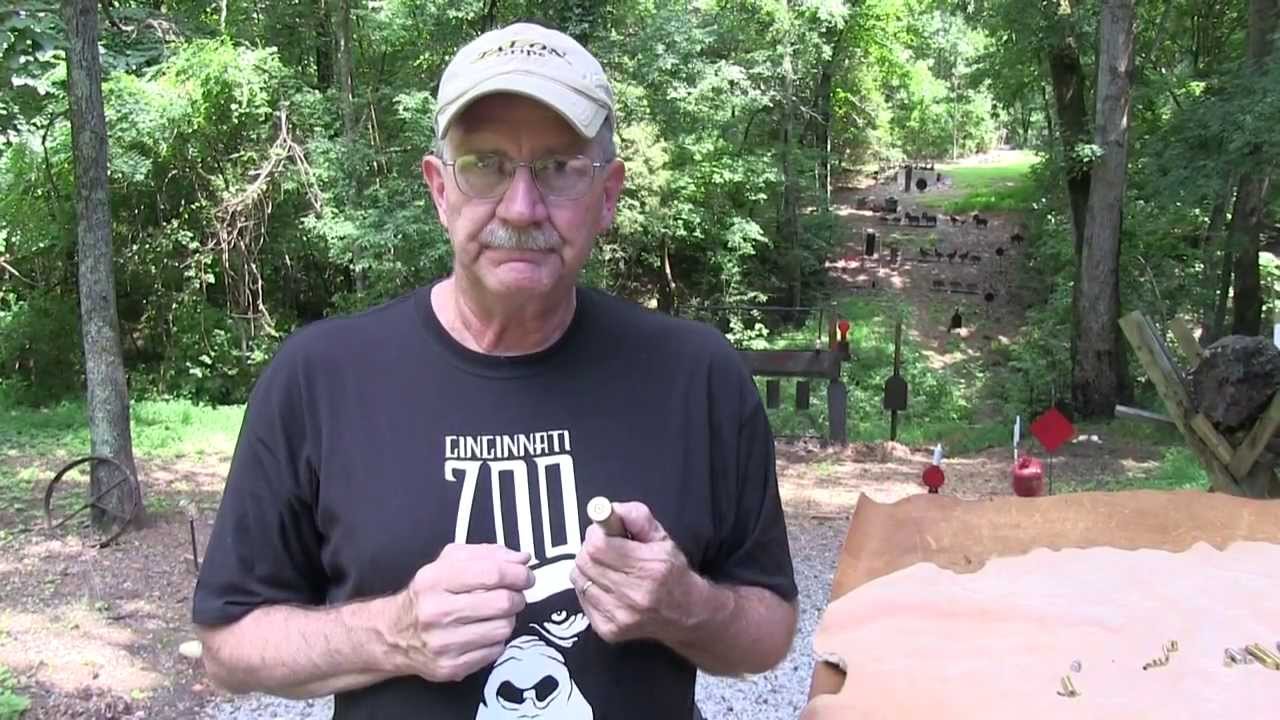 Knowing the main difference between centerfire and rimfire is only the tip of the iceberg when it comes to understanding all of the intricacies of ammunition as a whole but it’s probably one of the most important differences for a newbie to understand.

Have a favorite round? Comments on our commentary? Leave us a line below and we’ll get back to you.