You’ve been sitting in the stand for going on an hour. Finally, you see it. Out of the corner of your eye, spot movement.

It’s a nice-sized coyote, slinking into view to check out the sounds coming from the e-caller you’ve got placed next to a decoy. You’re downwind, and it looks like it’s going to be a perfect shot.

Then, it happens. Your buddy seems to choose the worst possible moment in the world to sneeze. It’s a loud one, too. The ‘yote hears it and practically disappears in front of your eyes it seems to be gone so quick.

It happens to everyone. If you’re like me, one of your first thoughts is: “Wow. How fast can a coyote run, anyways?”

It’s a good question. There’s a reason, after all, that these animals have become so prevalent that many areas allow them to be hunted year-round.

They’re adaptable, thriving even in the face of urban sprawl. They’re sly, avoiding what few predators they have very successfully. Most of all, they’re fast. Let’s take a look at just how fast.

Just as with humans, it isn’t very accurate to give one number and then say that number is the end-all-be-all answer to how fast coyotes run.

Think of the way your own running speed differs if you plan to travel 5 or 6 miles versus when you only plan to dash a hundred yards or so to catch your errant puppy.

To this end, it’s useful to know some general rules about how quickly coyotes run based on different situations. Let’s use sprinting, moderate, and long distances as examples.

If a coyote is sprinting, it can reach speeds of up to roughly 45 miles per hour. Again, this is dependant upon the coyote, and sprints like this are typically only seen in a “run for your life” scenario.

For a coyote, moderate distances are considered up to a few miles. In order to retain enough stamina to maintain a constant speed, coyotes go slightly slower at this pace--about 20 miles an hour.

When running in excess of 2 or 3 miles, coyotes’ speed drops even lower. The average pace when running this distance is roughly 10 miles and hour.

Of course, while ten miles an hour is still a lot faster than many humans can run for sustained distance, it’s also much slower than the coyote’s sprinting speed of 45 miles an hour.

Related: How To Bait Coyotes For A Successful Hunt 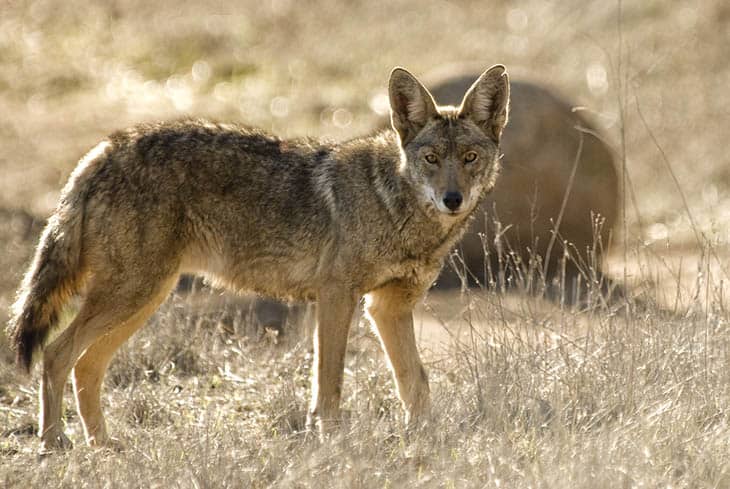 The fastest officially recorded speed of a coyote is 43 mph, over roughly ¼ mile. Keep in mind, though, the operative word there is “official”.

There a lots of accounts of hunters and outdoorsman who, encountering a coyote in the wild when armed with a radar gun, have reported higher speeds edging up near 45-47 mph.

This could be due in part to a difference in the ability of individual coyotes, or even simply to the terrain in which the speeds were recorded.

For instance, even if you were to take one individual coyote and measure its speed every single time it ran, you would find variances.

An Olympic athlete who has won his five previous competition may still have a bad day and lose a race. He might have an injury or some other problem that makes him temporarily slower.

Given that the speed of just one animal isn’t always reliable, it’s a good idea to take claims about a coyote’s absolute top speed with a grain of salt.

This top recorded speed is particularly impressive when you consider the fact that a coyote is relatively small. Other animals than are recorded around this speeds are much larger, like the ﻿﻿﻿elk.

You see, when you run the speed can be measured in a standard like MPH. However, a baby mouse that is flung through the air at 5 MPH is going to feel like it’s going a lot faster than a human jogging at the same speed.

Check out this website to what a given animal’s top speed would feel like to you, if you were to travel proportionately fast compared to your body size. 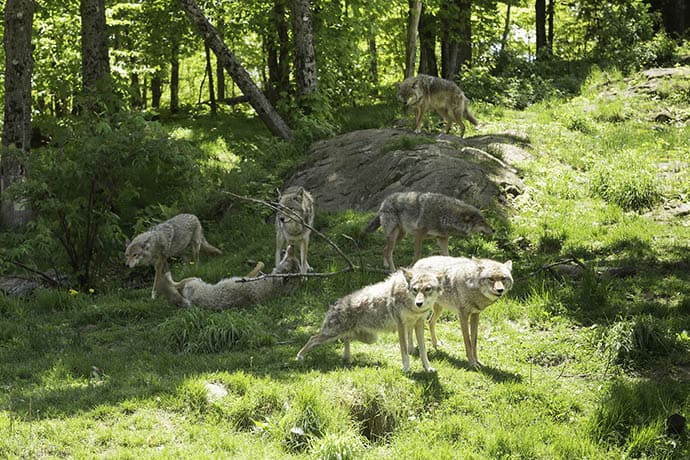 Of course, you can also choose to take into account the urban legends surrounding particularly ornery coyotes. Sometimes it seems like the darn things have a sixth sense for when you take aim.

A lot of urban legends surrounding the speed of a coyote really give a nod to the intelligence of this interesting creature.

For instance, while they can sprint quickly enough to get away from many danger, sometimes they just plain appear uninterested in running away.

Check out this site for some interesting first-hand account of strange ‘yote happenings. These include a couple interesting stories where the coyote plays at being too slow in order to injure the hunting dogs pursuing it, as well as other tall tales.

Whether or not you believe them, it is pretty interesting to consider that so many people have stories about these wily animals either flying away at super-sonic speeds the moment you cock your gun, or circling back around to tear into your hunting dogs.

Best of all, these urban legends are reminders not to underestimate your target. Just because a coyote can run fast, doesn’t mean it’ll always be running away from you.

It won’t always come to call, won’t always do what you expect, and will definitely not give you a boring hunting experience.

That’s part of what makes hunting coyotes so much fun. It takes skill to get them to reveal themselves, and real stealth to get close enough for a good shot.

Do you have any coyote urban legends of your own? Leave a comment and let us know!

If not, take a look at the videos that really showcase the amazing top speeds of a coyote running at 100% effort: 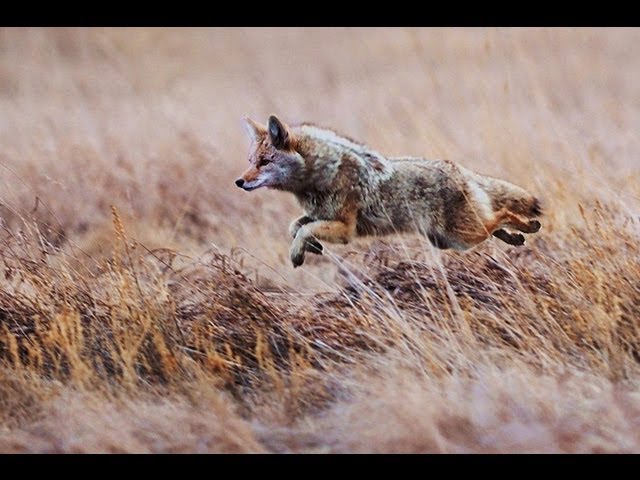 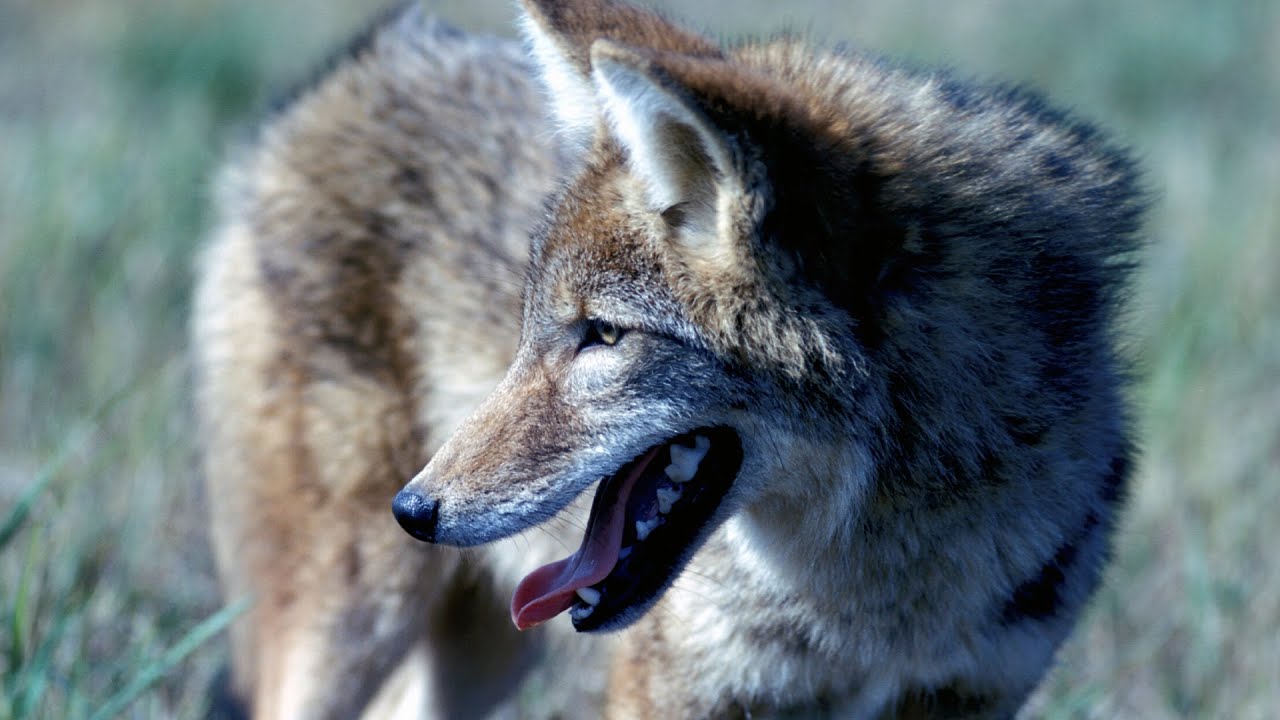