For most hunters, the venison acquired during a hunt is a bonus to the thrill of the hunt itself. If you’re working with limited space in your freezer, and most of us are, a vital question to answer is “how much meat from a deer?” Read on, and soon you’ll be an expert in figuring out how much venison you’ll be able to get from that beautiful whitetail you just harvested.

A Quick and Easy Way to Estimate Venison Yields
So, How Much Venison am I Getting?
The Flaw of Crunching the Numbers
Let’s Get to the Math
Alright Poindexter, Just Give Me an Average
Conclusion

So, How Much Venison am I Getting? 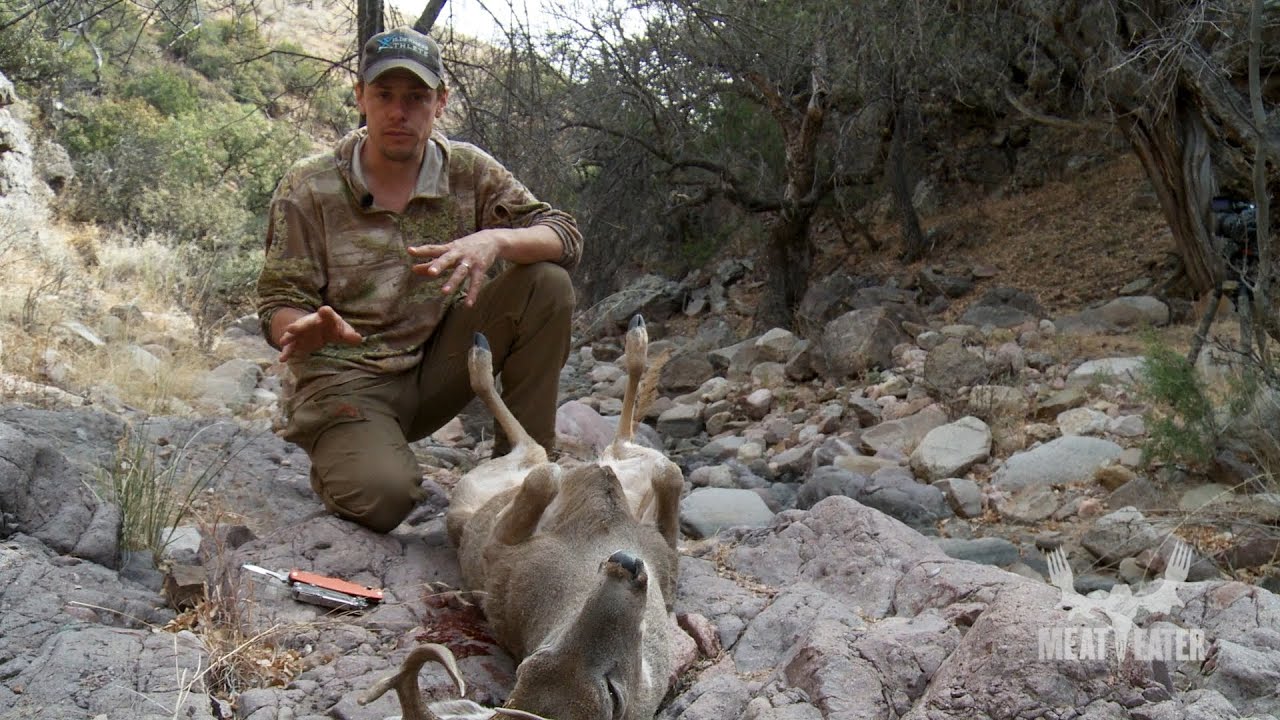 For our purposes here, all of these calculations will concern lean, boneless venison. If you leave the fat on the meat or make “chops” which include the bone you’ll have more overall weight but in the end, the amount of meat will be pretty much the same.

As a general rule of thumb, you’re most likely to get a bit under fifty percent of the field dressed weight of the deer.

Related: How Much Does Deer Weigh? How To Determine The Life Weight Of Your Whitetail Deer

If you’re on your first hunt, you might be surprised to know that the average buck weighs around a hundred and fifty pounds or so, while does will mostly range about a hundred pounds. The average weight can go up by about twenty pounds or so depending on the area you’re hunting in, but whitetail really aren’t that large of an animal.

Bigger bucks can weigh up to three hundred pounds, of course, but despite the tall tales of hunters these fabled bucks aren’t the kind you’ll be bringing in every season, especially as a beginner. They’re usually the ones who all the hunters in the area have seen or heard of but no one has managed to harvest just yet.

In general, field ﻿﻿dressing will remove about thirty percent of the weight of the deer. For those unfamiliar, this would include gutting the deer to remove the innards before packing them out. The actual percentage will vary from deer to deer, but thirty percent is a fairly safe estimate for most deer.

If that sounds like a lot of math to you, then don’t worry too much about it. Essentially you can estimate the venison yield of a deer at around thirty to forty percent of its live weight.

Related: Important Guidelines On How To Successfully Field Dressing A Deer

The Flaw of Crunching the Numbers

While we could certainly give you an equation for the amount of venison you’ll receive from a deer, and we will, there’s a lot of additional factors which will come into play in the real world. It’s rarely as simple as whipping out your calculator and knowing how much meat you’ll have.

There’s going to be waste, no matter how good of a butcher you are. Improper here and there during the butchering process can take a few percentile points off of the meat you’re harvesting, you may trim too close to the meat and shave some off while you’re trimming the fat, and there will be some accidents pretty much no matter what.

With a bit of practice, there’s no need to send your deer off to the butcher, however. Most of us are competent enough to be able to handle the task ourselves.

The actual musculature of the deer itself will certainly have a lot to do with it as well, some deer will just be “buffer” and have more meat and less fat while others might be pleasantly plump which imparts some extra flavor but will lower the overall yield once the fat is cut away.

Essentially, no matter how complex of an equation you use to determine the exact weight of the venison you’ll be stuffing away at home you’re still making a rough estimation.

Let’s Get to the Math

Using the figures we’ve applied so far, we can come up with a pretty simple equation to give you an estimate of how much meat you’ll receive from the deer in question:

We used .45 because the figure is usually estimated to be between forty and fifty percent of the field dressed weight of the deer.

You can also work this equation in reverse if you’re looking to brag about how big the buck you shot was, but it’s best to weigh the deer while its field dressed and add the extra thirty percent since wastage during the butchering process will mess with your calculations for the live weight.

Alright Poindexter, Just Give Me an Average

If you’re disinclined to use math at all, well, your average buck is going to give you between 45 and 65lbs of meat once cleaned. This figure can vary quite a bit, and it’s probably a good idea to make sure you have room for about 65lbs of meat to be stored per tag you intend to use during the season.

Does will yield around 30 to 40lbs of venison once cleaned due to their smaller size.

There you go, you now have the tools to know how much meat from a deer you’ll be able to get this upcoming season. The truth is, you’re better off with averages if you’re calculating how much you can store, and the main use of these equations is probably bragging rights to calculate how much the entire deer weighed when it was still alive. Either way, happy hunting!

Did you enjoy our article? Have some questions or comments? Let us know below!

How Long to Dehydrate Deer Jerky – A Beginner’s Ultimate Guide