With turkey season rolling around the corner, you might be feeling restless with eager anticipation. It’s possible that all your hunting gear is at the ready and your schedule has been completely blocked off so you can enjoy an interruption-free hunting spree.

Of course, it’s only natural for anyone to get excited about this exhilarating time of the year but before you start packing, it’s important to assess your turkey calling skills. Why? Your ability to attract these giant flightless birds will ultimately determine how many you bring home. If your calling skills fall short, you may struggle to find feathers.

You may think your skills are on point already, but there’s never any harm in trying to fine tune your turkey songs. A few years back, I believed I was the best turkey caller until I tried to improve my skills and hunted two times more turkeys than I’d usually attract.

So, if you want to make the most of your hunting trip and you want to bring home more than ever before, learn how to call turkey the right way with this comprehensive guide.

Simply imitating what you think a turkey should sound like isn’t enough to guarantee a successful hunt. Turkeys are very smart animals, and repeating the same turkey sounds to them will easily give away the fact that you’re not actually looking for a mate.

There are 8 common turkey calls and understanding how to replicate each one will help you fine-tune your turkey hunting skills.

1. Yelp – The yelping noise is almost similar to a chicken’s clucking sound. This turkey call is done by both males and females as a way to tell each other of their location. This is a vital sound that you should be able to do replicate if you want to be able to attract these wild animals to your vicinity.

2. Cluck – Clucks sound like short low clicking sounds that have a much slower cadence. Often, these sounds are a turkey’s way of telling others that they’re in the area. Both wild hens and toms perform the noise when they’re eating or simply moving around.

3. Putt – When you hear a turkey make this noise while it’s around you, you know you’ve failed your hunt. The putt is used to tell others in the area that there’s a threat or danger present. This turkey call is often confused for the cluck, but can be distinguished by its fading volume (due to the turkeys running away) and it’s faster cadence.

4. Purr – This is the typical vibrating noise that many birds make. Purring can either mean contentment as a turkey socializes with another turkey, or it can mean aggression. If you’ve ever seen two toms have at it, it’s likely that you’ve heard them purr right before the confrontation.

5. Cackle – As turkeys leave their roost, they’ll make a cackling noise which often sounds like a series of yelps and clucks. This basically indicates that they’ve “flown” down to the ground, so you’re likely to hear flapping noises along with the series of turkey sounds.

6. Kee Kee – For the strategic hunter, mastering this call is vital for hunting success. The kee kee noise indicates a lost turkey chick looking for its mother. By imitating this call, you can lead toms and hens to believe that a smaller turkey has been separated from the group, attracting more of them to your area in an attempt to save the lost “chick.”

7. Gobble – This is the turkey sound that most people are familiar with, and often sounds like a low, throaty, gurgling vocalization. This basically means that a tom is in heat and is looking for a hen to get some action.

8. Cutting – This is the female counterpart of the gobble which helps toms locate a willing female. Answering back a gobble with cutting will help lure male turkeys into your area. 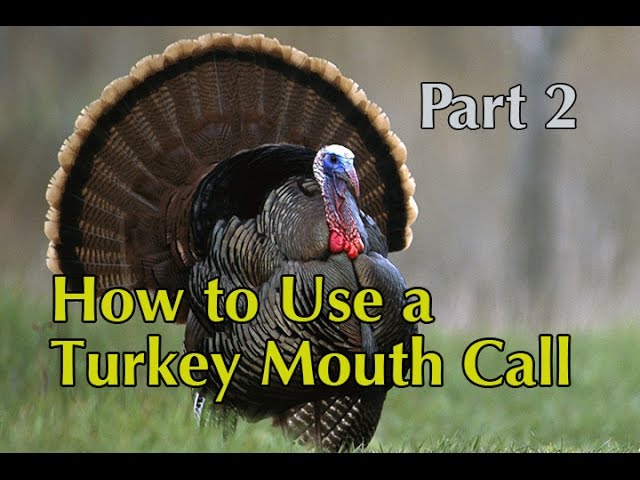 How to Call Turkey- The 6 Essential Steps for Calling Turkeys

While there are designated turkey hunting grounds, finding them throughout this expanse can be a big challenge. Before you scan start calling out any turkeys, it’s important that you locate an ideal roost. An active turkey roost should be free from strong winds and sturdy. To identify an active roost, check the ground beneath for feathers and fresh droppings.

It’s likely that you’ve got a lot of turkey calling instruments with you during your hunt. Each one of these is developed to make a different noise, so be sure to choose the right one for the noise you’re trying to make. What’s more, there are some turkey calling tools and instruments that require lengthy practice. Make sure you don’t leave home without thoroughly understanding your instrument first to get the best out of your hunting experience.

The yelp turkey noise basically informs other turkeys that you’re in the area. This will hopefully attract them to your location and engage their interest in you. The trick with the yelp noise is that you don’t overdo it. Try to slow down the cadence and relax your rhythm to achieve a more natural yelping noise.

It’s likely that your yelps have attracted some turkeys, but before you release your fire, it’s important to identify what you’ve drawn to your area. Is it a male in heat? Is it a wary female? Is it an aggressive tom? Finding out what type of turkey you’re up against will help you pick out the right sound that they want to hear. This way, you can be sure to draw them closer into your area for an easy hunting experience.

5. Call Back With The Right Noise

Depending on the sound the turkey is making, you should choose an appropriate call back to ensure the proper communication. Use the wrong call, and you can easily confuse and scare off a wary turkey.

Gobblers will usually want to hear a cut call from turkey females, while yelps and clucks can be called back with the same two sounds. If you hear a purr, it would be best to use a yelp as purring back could communicate aggression. You can also use the kee kee sound to notify a yelping or clucking turkey that you’re a lost “chick” that needs rescue.

It’s anyone’s instinct to just keep making calls when they think they’re drawing in a target. But turkeys are a smart, and it’s possible that they pick up on the fact that you’re not actually a potential mate. Instead of bombarding a turkey with a call, give them some time to consider your noises. If it doesn’t work out, let them calm down and wait for the right time to come in with your calls. Remember – slow and steady wins the turkey. 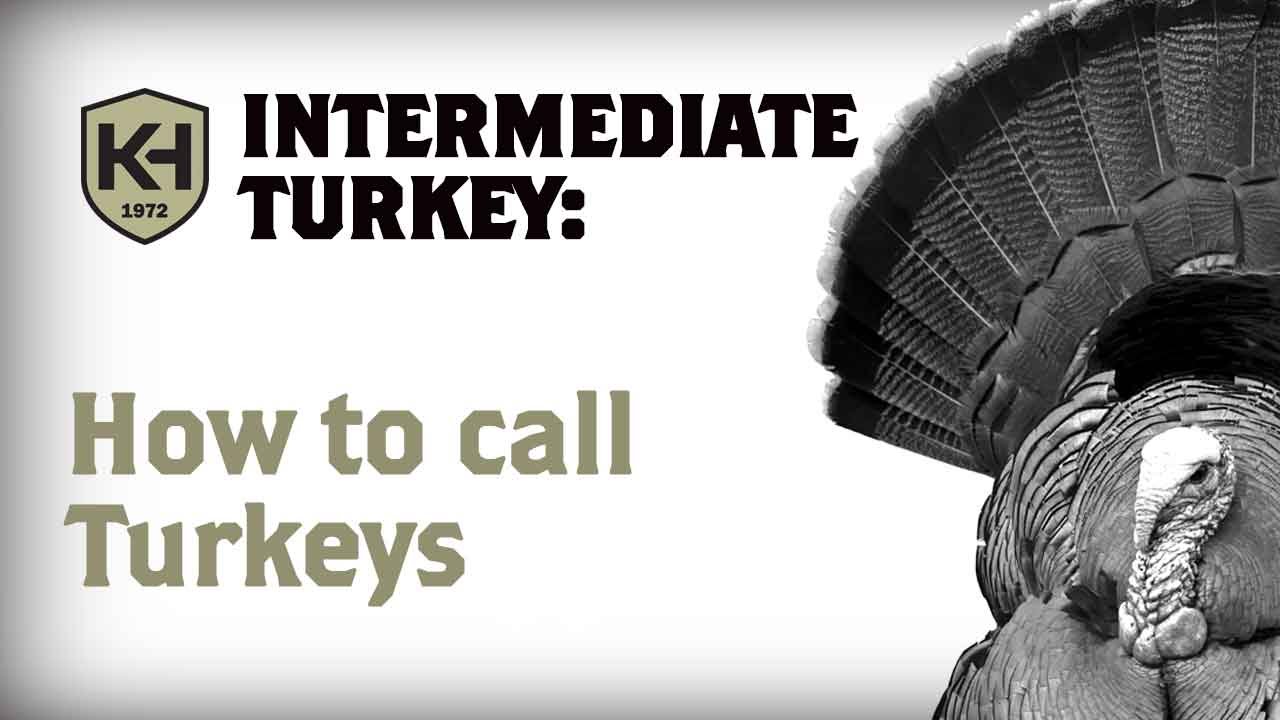 Hunting turkeys can be very exciting and fruitful, but only if you’re able to attract them to get a steady target. Be sure to keep this handy guide in hand the next time you try to call some turkeys to maximize returns out of your hunting trip.

How Long to Dehydrate Deer Jerky – A Beginner’s Ultimate Guide

The Quick & Definitive Guide On How To Wear A Boot Knife

Where To Shoot A Hog? (The Answers Will Make You Amazed!)
How To Use A Climbing Tree Stand – How to Gain a Huge Advantage with a Climbing Tree Stand
Coyote Trapping – Best Coyote Trap: A Guide to the 4 Best Varieties of Coyote Traps
What Might Cause A Shotgun To Explode? (The Answers Will Make You Amazed)
How High Can a Deer Jump? Who Cares With the Right Fence
Make Your Hunting Trip An Amazing One With The Best Red Dot Magnifier
A Quick And Simple Guide On How To Get Deers To Come Out During The Day
Best Scope For Ar 10 Reviews – Amazing Scope for AR 10 On The Market Today
6 Tips to Figure out the Best Deer Hunting Times
The Best Shooting Rest Reviews For A Perfect Hunting – Top Rated Shooting Rest