Kentucky Deer Hunting – How Do I Legally Hunt Deer In Kentucky?

If you're in the mood to hunt whitetail, then at some point Kentucky has come onto your radar. It's a state well known for excellent deer hunting spots and friendly locals- but do you know everything you need to about deer hunting in Kentucky? Never fear, we're here to give you all the lowdown you need to stay on the right side of the law and still have fun.

Table of Contents
What Are The Legalities For Kentucky Deer Hunting?
What Seasons And Firearms Does Kentucky Offer?
I've Hunted In Kentucky Before- What's Changed?
Must I wear hunter orange?
What Are Kentucky's Bag Limits?
What Deer Will I Find In Kentucky?

What Are The Legalities For Kentucky Deer Hunting?

As with most areas in the US, you will need permits to undertake deer hunting legally in Kentucky. A photo ID and proof of your permit purchase must be carried at all times during the hunt.

You will need both an annual hunting license and a statewide deer permit. These will allow you a total of one antlered and one antler

less deer. Additional deer permits will allow you another two deer. Remember that the statewide regulation is one antlered deer only.

What Seasons And Firearms Does Kentucky Offer?

Deer hunting seasons in Kentucky are mostly governed by hunting weapon type. The state offers archery and crossbow seasons, muzzleloader seasons and modern firearm seasons. Many of these do overlap, and the use of some types of weapon are prohibited during parts of another's season.

The state department offers an exhaustive breakdown of each season type with regulations for both youth and adult hunting, so be sure to check your area carefully. The entire deer hunting season in Kentucky runs from roughly mid-September to mid-January so plan accordingly. 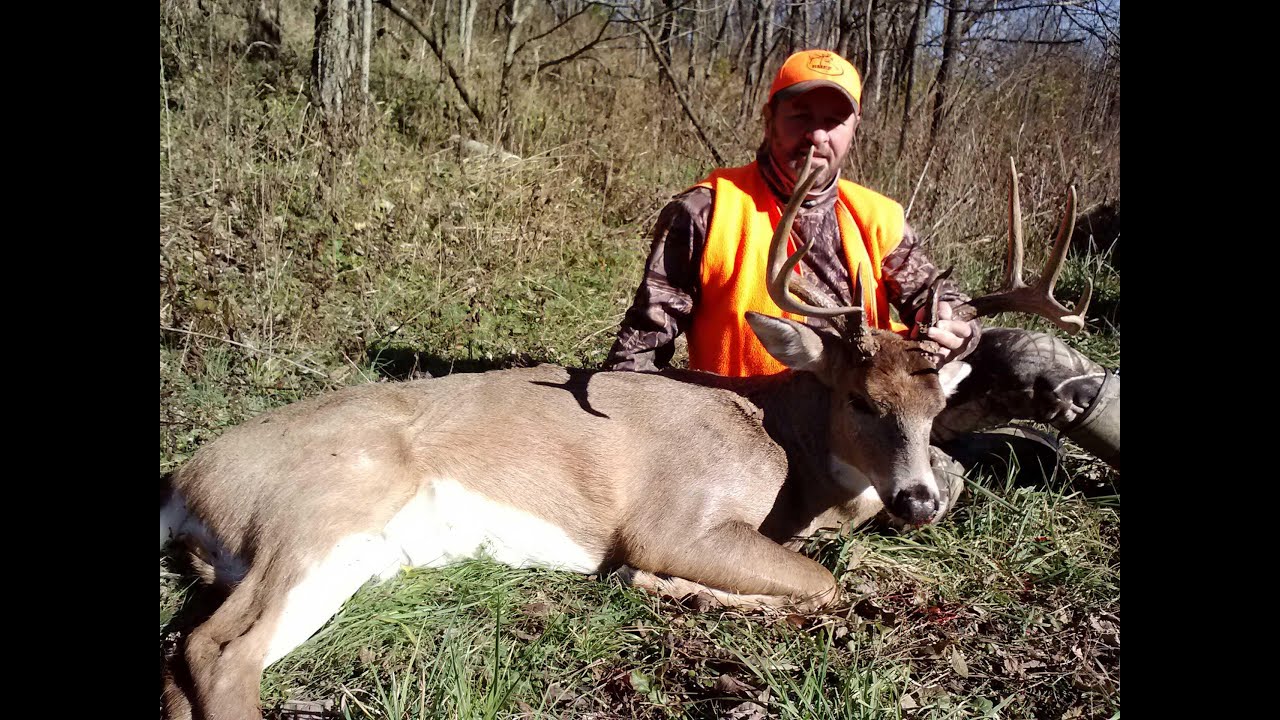 If you're an old hand at hunting in this state, there are just a few things to bear in mind. As of March 2016, there have been a few changes of counties between zones. Webster, Marion, and Hardin counties are now classified differently.

➜ When To Plant Turnips For Deer? Find Your Answer Here

Grayson Lake and the youth portion of Knobs State Forest are now open under statewide regulations, and Higgson-Henry has dropped their one deer bag limit in favor of statewide limits.

Hunters may now bring one non-hunter companion along. While this person does not need a permit, they are required to check in and out with the hunter and abide by hunter orange rules.

Big Rivers has changed its quota hunting laws quite extensively, and the Land between the Lakes area now counts towards state-wide quotas- deer taken there are no longer ‘bonus' deer. For archery season this area has a bag limit of one.

Must I wear hunter orange?

Yes. Hunter orange laws apply for both you as the hunter and any non-hunting companion you take along. A cap and vest usually are enough to comply with regulations. Mesh vests are allowed provided the holes are not greater than ¼", but hunter orange camouflage often doesn't meet requirements- rather opt for solid orange on the head and chest such as in this example

What Are Kentucky's Bag Limits?

As a deer hunter in Kentucky, it is, of course, critical to abide by the mandated bag limits. There is no daily quota, but depending on your hunting zone there are overall quotas.

Remember that for all deer hunting in Kentucky, regardless of area, you are allowed only one antlered deer. They do usually make an exclusion for button bucks. Additionally, some federally controlled areas do allow for an antlered ‘bonus' deer- be sure to check the specifics of your area on the Kentucky department of fish & wildlife’s page. 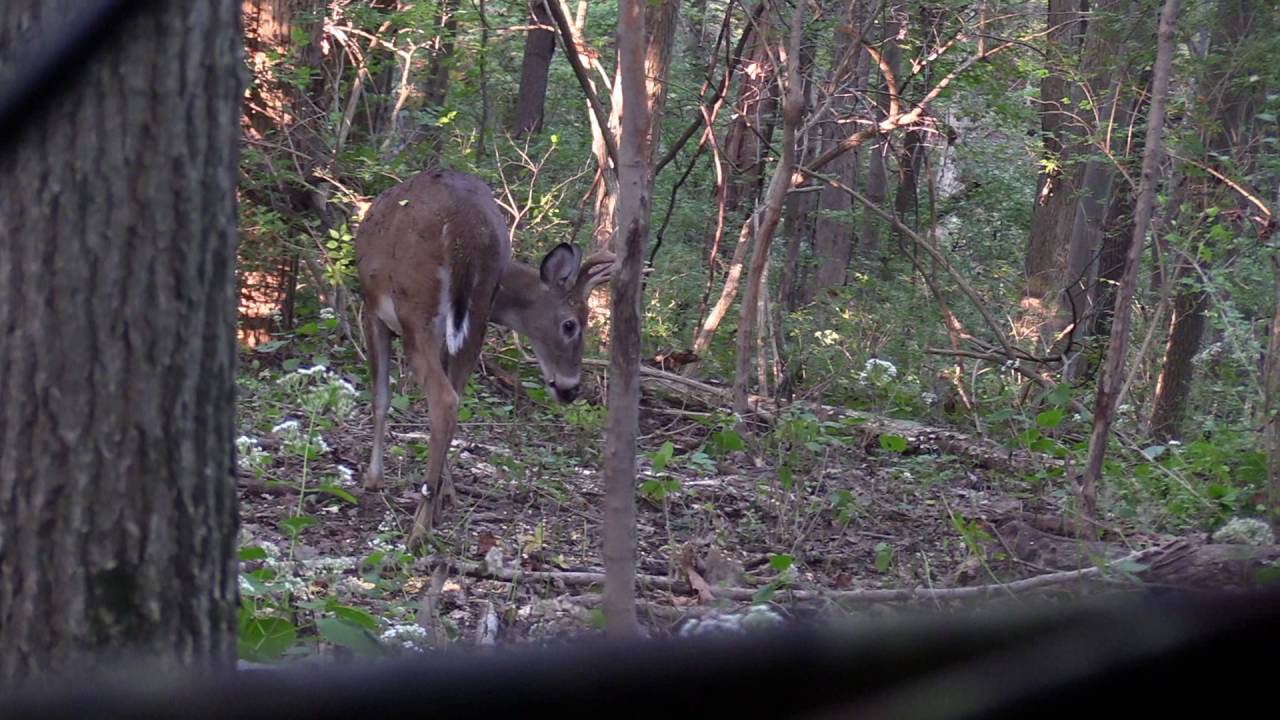 What Deer Will I Find In Kentucky?

Kentucky is famous for some of the best white-tailed deer hunting there is in the US. In a pretty fantastic initiative, Kentucky also offers ‘hunters for the hungry.' If you opt not to take the meat of your kill back with you, there are drop-off spots for the carcasses to be cleaned and donated to help the hungry- what better initiative to turn an enjoyable hunt into a responsible one too?

Here’s some bagging their big-antler deer in Kentucky 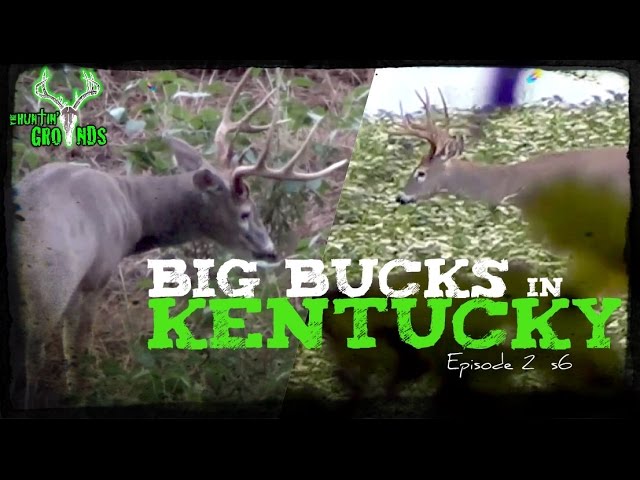 Hunting deer in Kentucky is one of the highlights of the hunting calendar, particularly if you are looking to net yourself a bid-antler or lifetime buck. Do remember to get your legally authorised hunter orange vest for the hunt though.

With this quick and easy reference to take the pain out of following the rules, you'll soon be on your way to the hunt instead of stressing over regulations.

Are you fully legally compliant for your Kentucky Deer hunt? Have you have good experiences getting your permits from the state? Let us know your experiences in the comments below

How To Attract Deer To Your Property Fast

What Is the Best Hunting Slingshot? Top Rated Slingshots Reviews

Today’s Big Q: What is the Best Reloading Scale Review?

How to Measure Draw Length – Acquiring the Best Archery Skills

Kevin is the founder of Deer Hunting Field and is currently its Editor-in-Chief. He has been hunting all throughout Colorado for decades and has made an appearance virtually every year in units across Eastern Colorado. He has won the draw several times for the coveted license to hunt big games like moose, elk, and deer. While he’s primarily a plain hunter, Kevin occasionally heads West towards the Rockies to take on the more challenging terrains there, too. And according to him, the scenery is well worth the extra sweat.

How To Attract Deer To Your Property Fast
What Is the Best Hunting Slingshot? Top Rated Slingshots Reviews
Today’s Big Q: What is the Best Reloading Scale Review?
Kentucky Deer Hunting – How Do I Legally Hunt Deer In Kentucky?
How to Measure Draw Length – Acquiring the Best Archery Skills
Best Shooting Sticks That You Can Get In The Market Now (#2 Should Really Please You!)
How Long to Hang a Deer – Perfecting Aging: How to End Up With Perfect Venison
What Do Deer Eat In The Winter?
Elk Hunting 101: 5 of the Best Elk Hunting Boots
How to Cape a Deer – How To Cape A Deer For Mounting